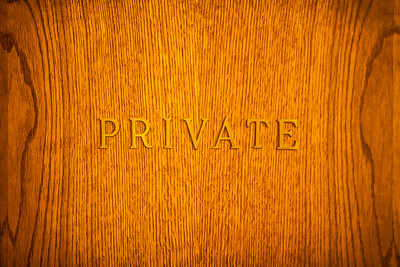 Pandemics don’t usually rate highly among common Murphy’s Law-esque events. But that didn’t stop one student housing developer from “reminding” its university partners of the terms of its privatization deals.

Student housing can play a determining role in a student’s choice to attend – or not attend – a particular university. The nicer the housing is, the more likely a prospective student is to fill it. One company, Corvias, forms long-term deals -as in 30-40 years long – called public-private partnerships with colleges and universities to manage, maintain, upgrade and operate student housing. This usually involves investing large sums of money in existing and new student housing.

In a June letter, Corvias reminded partner Wayne State University that it had take on loans exceeding $300 million on WSU’s behalf. It went on to assert that WSU no longer has the “unilateral right” to limit the number of students in its student housing. Apparently, privatization deals trump public health mandates, even during pandemics.

Corvias maintains that it has not pressured universities to return students to campus amid the pandemic. The universities also claim that the privatization deals did not influence their fall semester plans. Inside Higher Education did a deep dive into the issue earlier this week, and I encourage you to take the time to read it.

The issue raises a real concern about privatization deals. The private partner takes on loans (or otherwise provides financing) to make certain capital improvements on campus. They expect a return on their investment. They do not care that a university’s enrollment decreases. Nor do they care that students aren’t coming to campus. A deal is a deal, and that’s pretty much it.

Commercial housing loans often depend on maintaining a minimum occupancy. When the campus is closed, or the university tells students to go home (or stay home), that puts multi-million-dollar loans in jeopardy.

Decision-makers tend to focus exclusively on the upside of privatization deals. They assume that there is little inherent risk involved in such an agreement. Privatization comes with plenty of risks, and the rewards often aren’t as good as they seem.

In WSU’s case, the institution is probably big enough to weather any court action the private partner may ultimately take. WCC doesn’t have the same protections a state university does. Privatization deals could put the county taxpayers on the hook were they to go bad at WCC.

That’s why WCC needs trustees who prioritize looking out for the taxpayers and the students over faking policy and giving “advice” to the President.