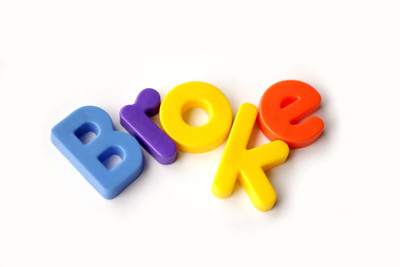 In April, WCC’s CFO Bill Johnson spent 40 minutes laying out the structural deficit that this Administration’s spending habits have created. He explained why WCC needed to lay off employees, and why it would still have a structural debt. He spoke at length about the property tax revenues in the County, and that property valuation increases will slow in the coming years. Sluggish growth of the county’s property values translate into a smaller increase in year-over-year tax revenues to the College. Further, poor economic circumstances tend to decrease property tax collections and increase foreclosures. These also decrease tax revenues to the College.

Johnson went on to explain that WCC would have to cut its budget to counter the loss of revenue from the State of Michigan and from lower enrollments. The Administration predicted that enrollment would decline if it delivered fall semester courses online. Further, the trade unions have canceled their summer training programs for 2020, and non-credit classes have been postponed indefinitely.

He further laid out the negative impact of the College’s spending habits and debt burden on the General Fund. Since the Board of Trustees has chosen not to pursue tax-backed bonds for capital improvements, WCC must divert operating funds to pay the loan debt on the Health and Fitness Center. Currently this debt exceeds $900,000 per year. It will accelerate past $1M per year in 2023. The bond payments will absorb more than $1M of operating capital every year until 2027, when WCC makes the last bond payment.

The looming fiscal crisis required the College to postpone the badly needed rehabilitation of the Morris Lawrence Building. The College has also put the brakes on the “Advanced Transportation Center” construction, and the Student Center Building remodel. In addition, WCC has cut the “Deferred Maintenance” budget by $1M and its regular maintenance budget by nearly half. His sermon regarding the need to change spending habits resulted in dozens of layoffs. Some employees were forced into retirement.

Cut the budget all you want, but if you don’t break the spending habits of those at the top, this happens: WCC posted a job description for a Dean of Student Access, Success, Equity and Inclusion today. The position, which is entirely new, has a minimum starting salary of $95,000.

Just what WCC needs – another executive.

Either someone at WCC does NOT understand what ‘broke AF’ means, or the College really isn’t as broke as the CFO made it out to be, and it terminated dozens of people in order to hire more executives.
So, which is it?