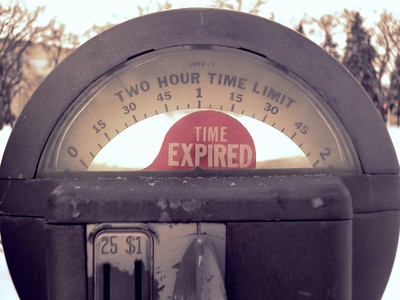 Mid-Michigan College in Harrison is considering an expansion of its district boundaries. MMC currently serves “in-district” residents in Clare and Gladwin counties. Based on its student demographic, however, MMC may soon try to add neighboring counties to its service area.

Mid-Michigan has successfully operated a satellite campus in Mount Pleasant for more than 50 years. Today, nearly 30% of MMC’s enrolled students come from Isabella County. Another 11% come from Gratiot County. The College has considered expanding in the past, but determined that it would not produce additional revenue. Today, the stakes for Mid-Michigan are different.

Revenue is clearly a concern for Mid-Michigan College, which has a millage increase request on the March 10 ballot. If approved, MMC’s millage rate would rise from its current 1.232 mills to 1.85 mills. This is still well below the average millage rate for Michigan community colleges.

The district expansion is a separate issue. To expand the district, MMC’s Board of Trustees would need to approve the plan. Additionally, residents of Gratiot and Isabella Counties would also have to vote to join the district. If they did, they would pay the same tax rate that Clare and Gladwin County residents pay. In exchange, students from those counties would receive in-district tuition.

The revenue balance for MMC is interesting. Most community colleges in the state collect about 40% of their annual revenues from tuition and fees, and about 30% of their revenues from local property taxes. Right now, more than 70% of MMC’s revenue comes from student tuition and fees. Just 9% comes from local property taxes. This is the result of enrolling a high proportion of out-of-district students. Additionally, MMC has a low millage rate and a relatively small community college district, which currently includes the Beaverton, Clare, Gladwin, Farwell and Harrison school districts.

Expanding the WCC district boundaries may be a long-term strategy

As I have written in the past, expanding the WCC district to include currently unserved areas in Lenawee and/or Livingston counties would provide WCC with additional revenue, and additional opportunities to expand both its enrollment and programming. Because of the distance between Washtenaw, Lenawee and Livingston counties, WCC would have to build satellite campuses in each county. Currently WCC offers a limited number of classes in Livingston County, but the interest is there.

Taxpayers in Lenawee and Livingston counties may be able to justify joining the WCC district if WCC operated full-service campuses in each of these locations, and if the WCC district property tax millage rate were lower. These counties may also find having a full-service campus attractive if it enables them to entice their young adults to remain at home while pursuing post-secondary education.

Done correctly, district expansion offers a lot of benefits to both the existing district and the outlying communities. Right now, WCC’s high millage rate forecloses on the possibility of district expansion. Lansing Community College, which could also potentially expand into Livingston County, has an even higher millage rate than WCC. Being stuck between two high-cost community college districts likely eliminates the possibility that Livingston County will join a community college district at all.

Clock may be running on expanding WCC boundaries

WCC may only have a limited time to try to expand into Livingston County. Just as lowering the millage rate to increase the district footprint is an option for WCC, that strategy would work just as well for LCC. If LCC ever made that offer and Livingston County residents approved, WCC would be one step away from being fully “landlocked” by other community college districts. In that case, district expansion would be virtually impossible. The only other way to expand the district at that point would be consolidation with another community college district.

There are many ways to approach district expansion, and doing so could offer a lot to all parties. Aside from Board Approval and the assent of the voters, it would also require an administration that is genuinely committed to the mission of providing high-quality two-year education.