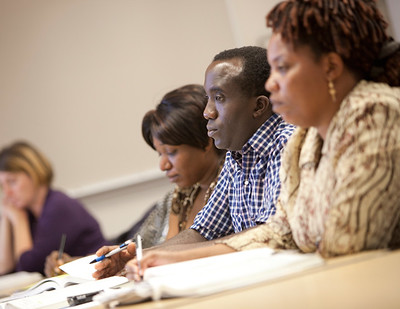 Managing educational costs is key for women and minorities

WCC plans to take on about $20M in debts to build a new building and replace an existing one. They also intend to do renovations and make extensive repairs on the Student Center Building. While WCC could – with voter approval – issue tax-backed bonds, they prefer to issue revenue-backed bonds. Revenue-backed bonds are riskier because WCC will repay them out of its general fund. That also makes them more expensive. To repay these debts, WCC has to increase its revenue.

WCC can’t control the value of its tax collections. It also can’t control the size of the State appropriation. The only element of its revenue picture that WCC can control is student tuition and fees. And the Administration intends to raise funds to repay these loans by applying a $10-per-credit-hour fee to student accounts. For a full-time student, this fee could increase educational costs by $120-$180 per term. For a 60-credit hour program, that’s $600. (Many associate’s degree programs are more than 60 credits; 3-and-1 programs are usually 80 credits or more.)

Community colleges deliver low-cost, high-value education that provide career pathways for people. They appeal to young people who are trying to enter the workforce. They also appeal to people who want to re-enter the workforce after a job loss or a long absence. Women often find themselves in two-year degree programs following a divorce, or after their children have entered the school system. About 90% of single-parent households are headed by women. The average age of a single parent is 39.

The impact of student loan debt on women, and older adults

According to the American Association of University Women, women received more degrees at all educational levels than men did in 2019. While education is often the surest way to higher lifetime earnings, it is also the surest path to student loan debt. In the past 30 years, the cost of a college education has more than doubled. At the same time educational costs have doubled, average household income has only increased by 14%.

While women are earning more degrees, they’re also taking on more student loan debt. On average, female students take on about 15% more debt than male students do. Following graduation, women tend to earn less. They also take longer – more than 2 years on average – to repay their student loan debts. Black and Hispanic women, who earn less than any other demographic group, are more deeply and negatively affected by the high educational costs. This extended repayment period creates significant financial consequence. It means that women are less prepared to start a business, buy a home or save for retirement.

This poses an unfortunate dilemma: people over the age of 40 who are unemployed remain unemployed longer than their more youthful counterparts. A female, single parent, training or retraining for a job in her 30’s and borrowing to pay for school and living expenses can be profoundly negatively affected by an additional $600-$700 debt tax applied by the College to her degree. Older students are also less able to benefit from their newly acquired skills in a timely way.

Older students have less time to benefit from retraining

For someone in their late 30’s or 40’s – who may already be economically disadvantaged by job loss, or a long-term absence from the workforce – additional debt can be catastrophic. They have less time to benefit from a career change, so they have to make the most of every day in the workforce.

As of December 2019, the average period of unemployment is nearly 21 weeks. (As an aside, that’s almost the entire student loan deferment period following graduation.) Additional debt – and extended repayment periods – take more money out of their paychecks over a longer time, and commit them to working – often past retirement age – to stabilize or improve their financial picture.

The WCC Board of Trustees shouldn’t be “ok” with shifting the College’s debts to the students, but they are. They shouldn’t rationalize raising students’ educational costs by saying that no one is going to complain about it. Or that students don’t have any choice other than to pay the College’s debts. (They do; they can choose not to go to school at all.) Administrators shouldn’t justify proposing a “facilities fee” because other community colleges have them.

Sadly, the decision to raise WCC students’ educational costs is left to people who don’t know or care how it will affect those paying it.