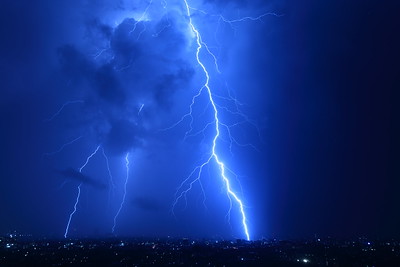 Community colleges are most often built with a heavy dose of local tax dollars. While not all community colleges enjoy strong support, Washtenaw Community College does. It receives tens of millions of dollars annually in property taxes. Combined with the student tuition and the State appropriation, WCC receives enough money to support the campus infrastructure.

Unfortunately, the administration has routinely chosen to cut the campus maintenance budget. Some of the most profound cuts to the budget have come during peak economic performance. In other words, when tax collections were at their highest, the maintenance budget was cut the most.

In an article in Inside Higher Ed last week, the author quoted David Baime, senior vice president for government relations at the American Association of Community Colleges, regarding the President’s plan to provide money for infrastructure.

“We hear constantly about the ongoing deferred maintenance needs of the colleges, because modernized facilities help them provide state-of-the-art education. Community colleges routinely aspire to upgrade their facilities and undertake new building. This is hindered only by lack of adequate funding, which is what makes the proposal so positive.”

Does it make sense to invest in community college infrastructure?

It makes little sense to provide money for more academic space on campus until enrollments dictate a need for it. In the recent past, community colleges like WCC have demonstrated that they cannot (or will not) properly care for the buildings they have. For proof, one needs to look no farther than the massive maintenance backlog that some schools (including WCC) have accumulated.

Second, most community colleges organize their campus buildings according to the programs they teach there. Typically, vocational and occupational programs determine the need for new buildings. Programs that don’t have specialized needs don’t require specialized academic space. These classes can go into any available classroom in any building on campus.

Third, you have to ask yourself, in a good economy, why is the community college cutting the campus maintenance budget? The annual budget reveals one possible explanation. For the last several years, the WCC administration has prioritized the creation of a “rainy day fund.” Ostensibly, the rainy day fund would cover unexpected expenses and would put the campus on a much better financial footing. The “rainy day fund” has accumulated millions of dollars.

Exactly how much rain are we expecting?

Now, these aren’t “extra” dollars. These are dollars that came from places like the maintenance budget, outsourcing the IT Department (which hasn’t saved a dime) and keeping employee raises below the rate of inflation. And remember, this is during a time when the property tax collections in Washtenaw County were rising – often beyond what the administration had budgeted. (They still are rising, by the way.)

So, the administration skims the maintenance budget (and a lot of other budget items) to build the rainy-day fund. Prior to COVID-19, the fund was approaching $30M. Why does this “rainy day” fund need to be grown so large at the expense of the campus’s actual operation?

Here’s one thought. Bond rating agencies assign risk scores to revenue-backed bonds based on a lot of factors – including an institution’s capital reserves. Institutions that have little in reserve get bad bond ratings and pay higher interest rates. Conversely, institutions that have large reserves get better bond ratings. (They still pay higher interest rates than they would with tax-backed bonds, though.)

The administration seems willing to let the campus go to Hell in a hand basket to preserve its borrowing ability. According to the administration’s Grand Plan, it plans to borrow to finance construction and renovation. And it plans to back the loans with money it has “saved” in the rainy-day fund. Which is large enough to pay for its renovation plans without borrowing anything. And which – had the money been spent on timely capital refreshes (which the Administration deliberately refused to do) – would have made the current renovation plans unnecessary.