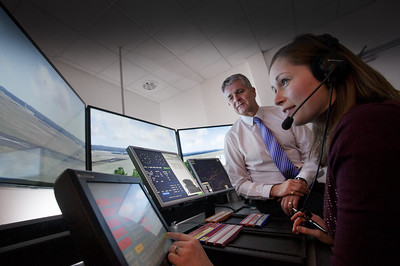 A couple of days ago, I profiled West Shore Community College in Scottville. West Shore Community College stands out among Michigan’s two-year institutions because of its increasing enrollment. WSCC’s student population has grown by 12% this semester. Credit-hour enrollment there is up 14% over last year. WSCC attributes its increasing enrollment in part to some new programs it has introduced. This is interesting because enrollment at more than two-thirds of Michigan’s community colleges is down this semester.

68% of Michigan’s community colleges are reporting lower enrollments this semester. This isn’t unusual. Winter enrollment can be a hard sale to make at a commuter college. The US economy is also operating at near-full employment, so people tend to deprioritize going back to school when they’re working.

This is a great time, however, for community colleges to introduce new academic programs aimed at increasing enrollment. The Bureau of Labor Statistics (BLS) provides a lot of good information about current and future job growth.

Air traffic control is one occupation in which the BLS expects steady employment. Demand for air traffic controllers is consistent because the occupation has a mandatory retirement age. Additionally, employers will fill positions with candidates who have a two-year degree. Further, there is only one university in Michigan (WMU) that currently offers an accredited AT-CTI degree program that prepares people to enter this high-demand occupation.

Students can begin training as early as age 18, but must begin training for this career no later than age 31. Air traffic controllers must retire by the age of 56. This is an ideal occupation for first-time entrants into the workforce. It is not typically a career that appeals to people who are in the process of retraining. The steady demand for air traffic controllers combined with the high salaries for this position provide plenty of job opportunities.

In addition, there are no competing programs in this area. WMU in Battle Creek about 80 miles away. Kent State University (about 3 hours away) offers the only AT-CTI-certified program in the State of Ohio. If WCC had a 2-year air traffic control program, not only could it attract students from this side of the state, it could also pull non-resident students from northern Ohio.

I’m not saying that WCC should develop an air traffic controller program, but this is one example of a high-wage career that requires a two-year degree. This kind of program meets an ongoing employment need. It’s specifically designed for young adults and could draw students in from all over Southeast Michigan and potentially northwestern Ohio.

The WCC administration should find vocational opportunities like this and develop complementary educational programs instead of building a hotel in the parking lot.