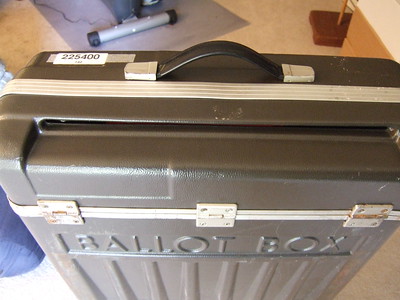 Earlier this month, voters in Albuquerque, NM resoundingly defeated a bond measure that would have financed a $50M soccer stadium. The plan would have used the General Fund to guarantee the bond payment. The stadium would have been the home of New Mexico United, a professional soccer team.

Additionally, the multi-use stadium could have hosted other events that supporters said would revitalize the downtown Albuquerque area. The overall cost of the project would have been $80M, with $30M coming from the team. According to supporters, the team would have paid nearly $1M per year in rent. Stadium operations would have supplied the remaining annual payment on the bonds.

Voters turned down the measure by a 2:1 margin.

Their objections to the proposal included a vast increase in the cost of living in the proposed location(s) for the stadium. Other residents believed that the City would fare better by spending General Fund revenues on more critical needs like affordable housing, education, or health care. Particularly, residents worried about committing General Fund dollars to a stadium at the possible expense of necessary city services, like police and fire protection.

Following the defeat, the mayor of Albuquerque, Tim Keller, issued a statement that said, in part:

“…we felt it was important to let voters choose if they supported bonding, that would not increase taxes. Tonight, we respect the voters’ decision not to do so. “

Raising taxes isn’t the only consideration when issuing bonds. The plan, assuming it was accurate, would have been tax-neutral to the taxpayers of Albuquerque. If everything worked according to plan, the stadium would not have cost the city residents a dime. What the plan did not – and could not – neutralize was the risk to the taxpayers. Had the plan gone awry, the City would have paid the stadium bonds using its General Fund. That still may not have increased taxes on the residents, but it would have endangered the services they pay for and clearly value more than a stadium.

In the end, the mayor acknowledged the residents’ unwillingness to finance that risk. “…we respect the voters’ decision not to do so.”

The go-to approach for issuing bonds at Washtenaw Community College is inherently disrespectful to the voters. By not even asking the voters to approve allegedly cost-neutral projects like The Health and Fitness Center, the Trustees disrespect the voters who elected them to represent our interests. Instead, without thought, they merely deposit the risk at the feet of the electorate and then hope for the best. The taxpayers shouldn’t be forced to co-sign on projects that fall clearly outside the scope of operations. And the General Fund should not be used to backstop speculative business ventures.

As it stands, the “cost-neutral” Health and Fitness Center has drained millions of dollars from WCC’s General Fund. Those millions of dollars could have been spent on more pressing needs, like the development of new academic programs, increases in instructional spending, or maintenance and upgrades on the academic buildings.

The administration has not been honest regarding the cost to build and maintain this facility over the years. It has not been forthright about how it pays for inevitable increases in these expenses over time. Nor has it produced specific minimum performance metrics for operation. Or a plan to exit this speculative venture when the operational losses become both undeniable and unmanageable.

Unlike the Trustees at Washtenaw Community College, the City of Albuquerque respected its voters in two ways. First, they asked the voters to weigh in on the matter, and second, they accepted the voters’ judgment on it.

Had the Trustees respected the voters of Washtenaw County by seeking a bond, the HFC never would have been built. Accordingly, WCC would not now be diverting $4M+ in federal support to paper over the Trustees’ reckless and disrespectful decision-making. That money could have been used to support the community. Instead, it is paying for the Trustees’ boondoggle.

It is time for the voters of Washtenaw County to hold the Trustees accountable.