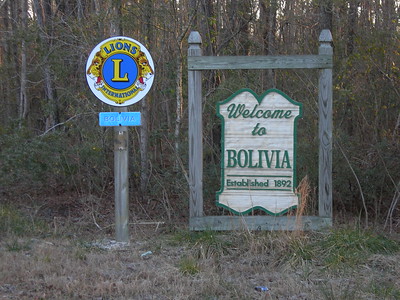 Community colleges are not shy about extolling the benefits of a two-year education. People who earn a two-year degree earn more and leave college with less debt. They also enter the workforce faster than if they pursue a four-year degree. A new paper released last month even makes a positive connection between having a two-year degree and health outcomes later in life. These benefits include deterring smoking and increasing exercise levels. Two-year degree holders also report enjoying better overall health in later life.

So, it’s a little unusual that WCC’s president Rose Bellanca and Trustee Richard Landau expressed reservations about Governor Whitmer’s free community college program. In doing so, they unnecessarily conflate the cost of attending WCC with the cost of operating it.

Since 1965, Washtenaw County taxpayers have most certainly understood that operating a community college does not mean free attendance. To claim that a state-funded free community college program would somehow decrease taxpayer support for the College is to say federal financial aid and scholarships undermine WCC’s millages. The federal government has been writing or underwriting student loans for 62 years. The taxpayers here voted WCC into existence 55 years ago. The availability of federal financial aid has not yet affected Washtenaw County taxpayers’ support for WCC and likely never will.

There’s little actual evidence to suggest that programs designed to relieve students of their attendance costs would somehow reduce local taxpayer support. It’s hard to characterize these “concerns” surfaced by the WCC president as anything other than ham-fisted political theater.

On the other hand, there’s a lot of evidence to suggest that improving community college accessibility has a significant positive impact on both individuals and communities. One only needs to look at Bolivia, NC for evidence that free community college access programs work. Brunswick County taxpayers provide an annual $4.5M subsidy to Brunswick Community College for a variety of operating costs, including tuition and books for county high school graduates to attend BCC. Any Brunswick County high school graduate who earned an unweighted 2.3 grade-point-average can enroll free of charge within four semesters of their high school graduation.

When asked to fund the “Brunswick Guarantee” local taxpayers there did not turn the question into an either-or proposition. No one chose between funding the college and funding the students. They did not choose to politicize the issue of community college access for their young adults. They funded both their local community college and the students who attend it. And everyone there is better off for it.

Fifteen percent of Washtenaw County’s population lives in poverty. This is higher than the national average. Washtenaw County has the third-highest wealth gap among all counties in Michigan. The “wealth gap” measures the income differential between the county’s wealthiest and poorest residents.

If Washtenaw County wanted to similarly guarantee tuition and fees for local high school graduates or income-qualified adults, we could do this for about $0.55 per $1,000 of taxable value. Under such a plan, the median household in Washtenaw County would pay about $60 per year. That would provide enough resources each year to guarantee tuition for about 1,000 students annually.

A “Washtenaw Guarantee” deserves a five-year trial. For a relatively small investment, county residents can take a run at reducing poverty and the size of the county’s wealth gap. It also provides an opportunity to develop new academic programs designed to give residents careers. Given this administration’s spending habit and the Board’s inability to control it, voters would have to restrict these funds to scholarship.

Bringing a Washtenaw Guarantee to life would be relatively easy and cost-effective. It serves the best interests of both the county residents and WCC. Washtenaw County taxpayers have invested hundreds of millions of dollars into WCC. Why are the WCC administration and certain Trustees resisting strategies to make WCC more financially accessible? We need to understand why they prefer a ludicrous Master Plan for a hotel and conference center at WCC over a mission-centered approach to increase student enrollment.

Published in Board of Trustees, Millage, WCC Budget, WCC Conference Center and Hotel and WCC Watch