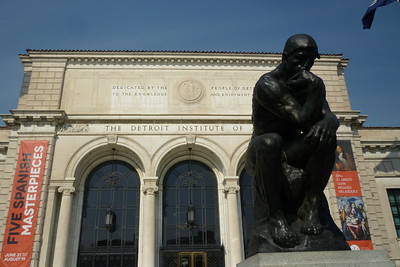 Two weeks ago, I wrote about the Detroit Institute of Arts and the impact of Trustees who fail to provide authentic oversight. As of yesterday, seven Trustees have resigned over the Board’s failure to take meaningful action regarding the museum’s director. When Trustees resign, you know you’ve got problems.

The resignations will not hobble the Board. The DIA has 130 Trustees, including 54 elected members, 44 honorary members and 32 emeritus members. Six of the resignations came from elected Trustees. An emeritus director also resigned.

Issues arose last year when employees reported significant concerns about the work environment at the museum. The Board hired an independent law firm to investigate the claims. The firm’s oral report to the Board last November was secretly recorded, then leaked.

During the report, the investigators confirmed several disturbing allegations, including race-based hiring, and a work environment that was hostile to women. Instead of taking action to remove the director, the Board established a direct hotline for employees to report concerns. They also hired coaches for the director to help him improve his interactions with the museum staff.

When Trustees resign like this, it describes a level of institutional inertia that has taken root. Once that happens, for reasons that are not clear, it becomes more important to preserve a flawed status quo than it does to take simple, clear and direct actions to solve major problems. The taxpayers of Wayne County, who partially fund the museum, are right to question exactly what about the current situation is more desirable than addressing real problems.

Trustees have a responsibility to provide direction and oversight. Note that “direction” is not advice. It is direction – clear, unambiguous direction. Undeniably, it is much easier for Trustees to give advice. That’s a low-stakes game. It does not address substantive issues, and it absolves the advice-giver of the responsibility for acting.

When the Board understands that there are serious issues with the institution’s administrator and repeatedly fails to act, hold the Administrator responsible, or even acknowledge an honest assessment of the Administrator’s shortcomings, there is nothing for the electorate to do except demand that the Trustees resign.