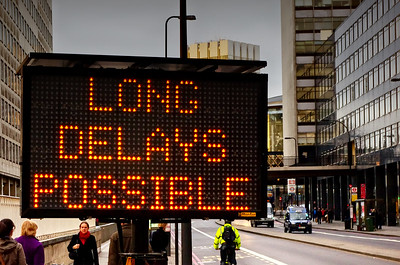 Debt fee steals the value of a WCC education

Students who complete a WCC education can expect several important benefits from their efforts. First, they can expect increased lifetime earnings. According to the US Census Bureau, people who have a 2-year degree can expect to earn, on average, 33% more in lifetime earnings than those who have only a high school diploma.

People who earn associate degrees can better build wealth. They have a higher level of personal savings, and those who graduate without debt are more likely to own a home. Associate degree recipients can also provide a better quality of life for themselves and their families.

In addition, workers with associate degrees are both personally and professionally more mobile. Their degrees may help them better cope with negative economic events, like recessions, job losses and divorce.

One of the most important facets of a WCC education is its cost. Most degree-seeking students can finish a degree program for less than $10,000, and often without loans. That means a relatively modest $10,000 investment translates into nearly $500,000 more in lifetime earnings, increased opportunities for wealth-building, real estate acquisition, and perhaps most importantly, the ability to deal with unplanned economic events

Impact of tuition increases goes on and on

Increasing the cost of a WCC education reduces the overall lifetime benefit of holding a two-year degree. First, rising costs make it more difficult for some students to earn a degree, period. Cost is a major barrier to higher education. When prospective students perceive that they can’t afford the cost of attendance, they don’t attend.

Tuition and fee increases also make it more expensive to earn a degree. It’s not just the initial increase in tuition or fees costs. If a student finances his or her education with student loans, the borrower will pay more in loan interest. Higher tuition and fees may also require part-time students to extend their educational plan. The longer they take to finish their degrees, the more exposure they’ll have to inflation, and rising costs for tuition, fees, supplies and materials.

Additionally, they delay the benefits of a two-year education – like higher wages, home ownership and better quality of life for graduates and their dependents. Delaying home ownership can create higher costs and missed opportunities – including rising home prices, higher borrowing costs and higher real estate taxes, all of which work against someone trying to participate in the economy.

So it is problematic when the WCC Trustees want to increase the cost of a WCC education. Increasing the cost of education by 10% per term can raise barriers to prospective students; make continuing more difficult for current students; and decrease the value of a college degree. WCC students won’t derive any benefits from a so-called “facilities fee,” but they’ll pay an extraordinary price if they’re required to finance the College’s debt.

Past and present WCC administrators have chosen to ignore building maintenance to make more money available to fund pet projects. Today, pieces are literally falling off the buildings, and maintenance can no longer be outright ignored. It’s especially odious to raise fees to create a new revenue stream, because the taxpayers already gave WCC all the money it needed to maintain its buildings. WCC administrators simply spent the money on other things – including repaying WCC’s outstanding loans.

Not surprisingly, we have Trustees who have no problem shoving the responsibility for paying the College’s debts onto the students. We have Trustees who rationalize a “modest” 10% increase in student fees by saying that the public won’t complain. Other Trustees are fine with raising the cost of attendance because it avoids impacting their own personal tax bills. Worse, certain other Trustees say absolutely nothing at all. They offer nothing of substance and speak up for no one. They show up, eat, vote and leave.

WCC does not currently have a genuine enrollment problem. However, as the Trustees increasingly scramble for revenue to pay for their spending decisions, fewer students will opt to attend. The return on their investment in a WCC education will be too small and the payoff period will be too long to make a meaningful difference in their lives.

Published in Board of Trustees, Millage, News and WCC Budget