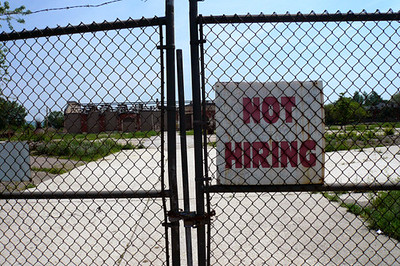 Recessions are unpredictable, except to the extent that they will happen. Since 1945, the length of the average economic cycle in the US has been 58 months. The current cycle has obviously been much longer than that, but economic expansion cannot continue forever. The recent emergence of the coronavirus has stoked fears of a looming recession. Three-fourths of economists surveyed by the Wall Street Journal predict that a recession will occur within the next 18 months.

A recession drops into an economy like an uninvited guest, and sometimes stays much longer than anyone anticipates. That’s why we need the Trustees to be careful about what they do with the financial resources we provide to WCC. There’s nothing like a crash to underscore the inadvisability of financing building construction with operating revenues.

What if the Great Recession repeats itself?

While this administration looks at WCC’s General Fund as its own personal spending account, $10M/yr might be hard to come by during a recession. Instead of redirecting operational funds to pay bond debt on a building with little to no academic value, wouldn’t it be better to put that money toward the instruction that our county residents expect WCC to provide during a downturn?

And what happens if a recession intervenes on the College’s planned $32M in capital improvements by FY2023? Keep in mind that 50%-70% of those expenses are to remediate neglect in select existing buildings. We do not currently have the luxury of delaying those repairs – recession or no recession.

Redirecting “operating funds” to debt service during a recession puts an unnecessary drag on the community college at a time when we need it to be highly functional. That’s why the safest option is always to ask taxpayers for a dedicated revenue stream to pay for capital improvements.

Washtenaw County voters, the WCC Board of Trustees is not looking out for your best interest, or the best interests of WCC. When the next recession hits, WCC will struggle to pay bond debt from its operating revenues. The Trustees – whose job it is to prevent this – have signed off on each debt the WCC administration has racked up against the General Fund. In doing so, they may have severely limited WCC’s ability to perform during a recession.