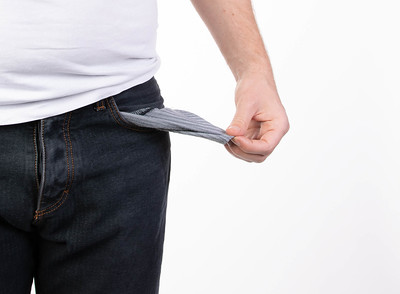 I recently reviewed something I wrote regarding revenue-backed debt and financing for the proposed “Advanced Transportation Center.”


Revenue-backed bonds pose a higher risk of default. In WCC’s case, there’s nothing but the property taxes to back these bonds. I’m not saying that default will happen. If somehow, the College did default on these bonds, a court could order the County to tax residents to pay for them. And the tax bill you were worried about? It could rise much higher to pay off a default on revenue-backed bonds. It is always cheaper and safer for everyone involved to pay for long-term debt with tax-backed bonds.

Scarcely three weeks after the March 10 millage vote, those tax-backed bonds look pretty good. Had the Trustees asked the voters to provide a separate tax stream to fund the “Advanced Transportation Center” the project would not now be on a financial hold.

Today, the stability of WCC’s General Fund is very uncertain. It already finances a lot of debt for previous projects. The Health and Fitness Center, which is supposed to pay for itself, is closed until further notice. The non-credit classes are canceled. The future of this year’s summer instructor-training programs is murky. Bill Johnson, WCC’s Chief Financial Officer, predicts that the bread-and-butter 2020 Spring-Summer semester might have as much as 30% less bread-and-butter. It’s far too soon to know what effect COVID-19 will have on the property tax revenues. It’s safe to say that it will have an impact on all of WCC’s major revenue sources.

We are now inching closer to the situation I described on January 28. At that time, I could not imagine an event that could possibly cause WCC to default on its revenue-backed debt. Now, there’s an obvious path to that exact point. Thankfully, WCC isn’t also trying to prop up a closed hotel.


“When the student is ready, the teacher will appear.”

If nothing else, this clearly explains why asking the voters for tax-backed bonds is always the safest option. Hopefully, the Trustees can now clearly see the dangers of revenue-backed debt.