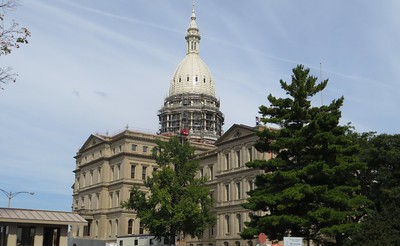 Unless you’re new to Michigan, you’re familiar with the School Aid Fund (SAF). The fund catches lottery proceeds and certain other taxes to pay for K-12 education. During the Great Recession, Governor Granholm “borrowed” hundreds of millions of dollars from the SAF to provide cash for the state’s public higher education institutions.

(Spoiler Alert! The money was never paid back.)

Governor Snyder liked the idea so much, he began using the SAF to provide 100% of the state appropriation for community colleges. Under Governor Whitmer, that funding arrangement continues. The current state budget redirects nearly $1B K-12 dollars to community college funding.

A group called the Tri-County Alliance for Public Education estimates that task will cost around… wait for it… $1B. Other estimates suggest that K-12 school districts will need on average $1.7 million to re-open safely in the fall.

The funding will allow districts to make interior changes; provide personal protective equipment for both staff and students; improve online instruction; and help provide Internet connectivity for students who do not currently have it. The State estimates that about 300,000 Michigan students do not have adequate Internet connectivity at home. If the state cannot provide additional funds to offset the cost of reopening, the group estimates that schools will need to use more than $650 per pupil to safely re-open.

For the past decade, Michigan’s community colleges have been the proverbial uninvited house guests who have taken up residence on the K-12 districts’ couch. While the colleges themselves don’t have much of a say in where their State appropriation comes from, being dependent on the SAF is clearly a liability right now. Going back to the General Fund isn’t a bright prospect either. The State says it expects to content with a $6B+ budget shortfall in the General Fund.

But before the Board considers approving cuts to programs and staff, it absolutely must be certain that the Administration has taken every step to trim all the fat, waste and unnecessary spending from the budget. Even if that includes substantially streamlining the current administrative structure, renegotiating vendor contracts and carefully considering every expense before approving it.

Don’t think of FY21’s state budget woes as a “revenue problem.” Focus on finding ways to spend less of what you do get.