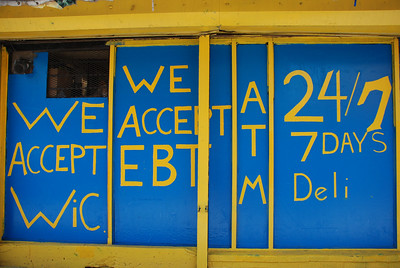 Income inequality is quickly becoming one of those subjects not discussed in polite conversation. But it should be. According to the Pew Research Center, between 1989 and 2016, the “wealth gap” – the difference in household income between the richest and the poorest people in a society – more than doubled in the United States. The Great Recession and the pandemic-induced recession (which still lacks a catchy marketing title), are only exacerbating the wealth gap.

Income inequality is one of the greatest challenges the US will face. More than half of the population here agrees it’s a significant problem, but we’re taking few steps toward correcting it.

By 2016, that gap had increased substantially. The top 5% of households held 248 times as much wealth as those in the second quintile (21%-40%). During the Great Recession, average household wealth increased for households in the top 5% to nearly $5M. Meanwhile, the median wealth for families in the second-lowest quintile dropped by 39%.

So where does the community college fall in all of this, and does it have a role in combatting income inequality?

Leaving behind the poorest in the community

A recent opinion piece in the Akron Beacon Journal caught my attention. It was written by Michael Douglas, a retired journalist in the Akron area. Prior to the election, Douglas wrote:

“Yet much of the trade debate is really about the choices made in Ohio and nationally that fuel corrosive income inequality, with many left behind or feeling forgotten.”
Michael Douglas, Akron Beacon Journal

That people are being left behind is apparent. In Michigan, at least 85,000 people who weren’t planning to go to college will be hitting the classrooms beginning in January. This isn’t because they suddenly got religion when it comes to self-improvement. It’s because someone gave them something they didn’t have: the resources to go back to the classroom.

Make no mistake about it: the Frontliners are in the bottom 29%. That’s nearly one-third of the population. From an economic standpoint, one-third of our economic potential as a country is stalled. And they’re hung up on something simple – getting the money it would take to get them through a community college program and into the workforce.

In virtually all circumstances, we’re talking about less than $10,000 per person.

An investment of less than $10,000 would take a person from relative poverty to relative prosperity. It would put them back into the middle class, and it would easily return much more than the initial investment.

Fighting income inequality must be a community priority

Taxpayers in Washtenaw County give WCC a lot of money for adult education. Instead of using the money to find ways to reach the 29%, our community college administration wants to build a hotel instead.

And they want to build an event space (the “Advanced Transportation Center”) to complement the hotel.

But because the hotel and event space will never pay for themselves, they will need to extract more money out of the enrolled students to defray the cost of their misguided plans.

WCC’s Master Plan is not an investment in education and infrastructure. If anything, it will make it even harder for students in our community to escape poverty. The Trustees who advocate most vocally for the Master Plan, and gleefully wish for a Marriott, have given up on the educational mission of the College – if they ever truly supported it in the first place.

It makes you wonder whose side they’re actually on, doesn’t it?