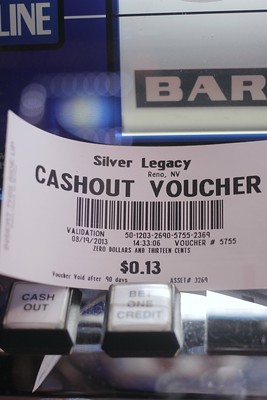 If you’ve looked at the news in the last 24 hours, you’ll find two different stories about how two Michigan community colleges deal with enrollment changes. Neither community college is WCC.

Oakland Community College just received a $4M grant from the Department of Labor to support apprentice training in “advanced manufacturing, health care and information technology.” OCC was one of 28 institutions to receive federal funding under the Apprenticeship: Closing the Skills Gap program. It was the only institution in Michigan to receive a grant.

According to the Department of Labor’s press release, the program supports apprenticeship training programs that include a paid, work-based learning component and a required educational or instructional component. The combined training approach must enable the student to earn an industry-recognized credential. The grants – which total $100M – will fund apprentice training for about 92,000 people.

The grant opportunity was formally announced last June and the application window closed last September. It specifically targeted community colleges. Considering WCC’s trade partnerships, and this administration’s interest in advanced manufacturing, one would have thought that this grant opportunity would have been a good match for WCC.

Muskegon Community College announced an early retirement incentive for full-time faculty, educational support staff, professionals, support staff and custodial and maintenance workers. To qualify, employees must have completed at least 10 years of continuous full-time service as of January 1, 2020. Additionally, the employee’s age as of January 1, 2020 plus their full-time service must add up to at least 68. Qualifying employees who accept the offer prior to March 16, 2020 will receive a one-time payment of 35% of their annual salary.

Two different approaches to changes in enrollment. One is productive; the other – not so much. There’s been a lot of discussion lately regarding declining enrollment. It’s important to keep this in perspective. First, for a community college during peak employment, enrollment is typically low. Second, declines in one area’s population often indicate shifts due to net migration. People don’t just disappear. They may leave one area, but they go somewhere. Right now, that somewhere appears to be Washtenaw County. Other counties’ population losses are Washtenaw County’s gains.

Ann Arbor is the state’s fourth-largest school district by population (not enrollment), behind Detroit, Grand Rapids and Utica. The district has purchased land recently for new school construction. They’ve also received voter approval for a $1B bond issue to renovate their existing schools. WCC should be enhancing its educational programming for the area’s growing student population.

WCC needs an administration that recognizes, understands and supports Washtenaw County’s unique position in Southeast Michigan. WCC’s current president is from Macomb County. Its Chief Financial Officer is from Oakland County. Its Chief Academic Officer is from Wayne County. The surrounding counties are profoundly different from Washtenaw County in just about every respect. As taxpayers, we cannot continue to support a “guest” administration that is determined to inflict damaging strategies on WCC.

February 24, 2020 is the last day to register to vote in the March 10, 2020 election in any way except by in-person registration at your local city or township hall. You may also register to vote on Election Day at your assigned precinct location. If you are not registered to vote, or do not know whether you are registered, you can visit the Michigan Secretary of State’s website for more information.

The March 10, 2020 election is Michigan’s open primary election. You do not need to be a registered member of a political party to vote in the Michigan primary election. If you intend to vote for a candidate, you must choose to vote in either the Democratic or the Republican primary. The ballot questions will follow the candidate sections on each partisan ballot. You can also choose to cast a proposal-only ballot if you do not wish to cast a vote for any candidate.