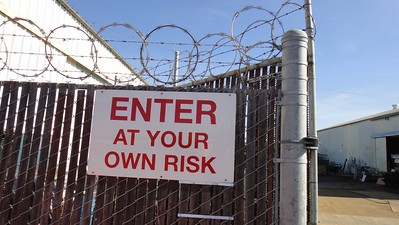 Forbes magazine recently printed an article about a small Christian college in Texas. There’s nothing magic about Hardin-Simmons University. You’ve probably never heard of it. But its experience with construction costs and administrative spending weaves a cautionary tale that every taxpayer should understand.

Wait! HSU is a Christian college, so what does that have to do with the taxpayer? According to the article, HSU opened in 1891 with a singular mission: bringing young men and women to Christ. The school is a fixture in its hometown of Abilene, TX. And the school has fallen on hard financial times. A new president was hired in 2016. His first priority was to raise enrollment.

To do that, he borrowed $25M through the City of Abilene and built three new buildings – two student apartment buildings and a fitness center.

However, the construction costs proved overwhelming and the projects drove the school even deeper into debt. To correct the university’s enormous debt, the administration cut nearly two dozen academic programs, including HSU’s Logsdon Seminary. The seminary was the reason HSU was founded in the first place.

The seminary was financially sound as were the other academic programs. But because the administration was so short-sighted and careless in its spending, nearly two dozen academic programs were shut down. Employees related to those programs lost their jobs. The administrators who made the bad decisions, took ill-advised loans, built unnecessary buildings and drove HSU into debt were not among them.

Regardless of the state of the economy, capital projects are inherently risky. In bad times, risky capital projects can quickly turn into disastrous ones. Decisions to borrow and build should never be approved without a very deep examination of the very real risk construction projects pose to an institution. And in WCC’s case, the Board should always as a matter of policy seek out a guaranteed tax-backed funding stream for each project.

This scenario recently played out at WCC. The WCC Board of Trustees blindly followed the bad recommendation of the WCC’s administration to build the “Advanced Transportation Center.” Thankfully, the pandemic struck before WCC could borrow millions to pay for yet another boondoggle. How much worse off would WCC be today if the administration had been able to close on the ATC bonds? How many more people would have lost their jobs?

The lesson offered by HSU is that while construction projects might feel good, and they might fluff up someone’s résumé, they put the academic mission of the school at risk. In WCC’s case, the risk is amplified because the administration and the Board of Trusteesrefuse to ask the taxpayers for a dedicated construction revenue stream. When things go bad – as they have – the administration invariably cuts academic budgets to pay for its poor decisions.

The Board of Trustees must either demand more of the administration or start making more independent and informed decisions about the wisdom of silly construction projects that generate large debts and waste buildable space on campus, but have little to no academic value.

Published in Board of Trustees, COVID-19, News and WCC Budget