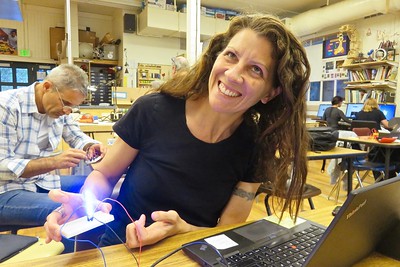 Competition heats up for non-traditional students

Without doubt, community colleges are champs when it comes to serving non-traditional students. Most four-year universities focus on recruiting and admitting undergraduate students between the ages of 18-22.

The National Center for Education Statistics defines a non-traditional student as one who:

Serving these students is hard. They have many competing priorities, little money, and only a slim chance of completing a degree. Universities are typically happy to leave these students to community colleges and private, for-profit schools.

Except when finding a way to accommodate their many needs could mean the difference between an institution’s survival and its failure. A growing number of private universities are reaching that point. And they’re beginning to poach would-be community college students, minorities and other applicants who had previously been considered too hard to serve.

Admitting these students and providing generous financial aid packages (complete with room-and-board) is all part of the strategy to increase the diversity of the student body and the number of paying customers at the same time. It’s not just the private universities that are struggling. Public, four-year institutions are rethinking their approach to admissions as well.

Winning the battle for non-traditional students

All this will increase the pressure on community colleges – the institutions that universities are hoping to draw non-traditional students from. It would be ideal (for community colleges) if these institutions were looking to pick up these students as transfers. But they’re not. They’re hoping to divert student who intend to transfer, but find the cost and complexities of four-year universities to be too much to tackle up front. By eliminating challenges – like financing, academic preparedness, family demands, etc., – these universities are hoping to find “diamonds-in-the-rough.”

If the strategy succeeds, it will leave community colleges with fewer non-traditional students in their classrooms.

This amounts to giving up on increasing enrollment. It is a public admission that the task is too great or that it requires too much work to complete. And this is coming from an administration that is replete with 10 Vice Presidents.

Voluntarily ceding students to other educational institutions in favor of non-educational revenue will have negative consequences for WCC – and by extension, Washtenaw County – for years to come. The WCC administration has taken its eye off the ball and the elected Board of Trustees seems to be fine with that.

Someone, please remind me why this is acceptable.