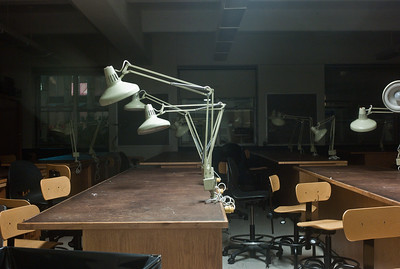 But the impact of not enrolling students now will be felt in industry in the years to come. With fewer students acquiring specialized skills, more jobs will go unfilled in the future. As of December 2021, Oregon had 100,000 unfilled jobs. Oregon has more open positions than it has unemployed persons.

Employment is more than just a numbers game. Workers need the right set of skills to fill certain positions. For decades, employers have relied on community colleges to provide those skills. Not being able to fill those positions could mean confronting some uncomfortable truths.

First, there isn’t a significant difference in wages between high school graduates and community college graduates. If there were, community colleges would be filled to the brim. They’re not. Spending two years and thousands of dollars in and on school doesn’t generate enough of an economic return to make a community college education worth it.

Second, community college transfer students don’t always get a break on the cost of college. Community colleges have sold themselves as a low-cost alternative to two years at a university. For some students, that happens, but most students who start at a community college with the intent to transfer to a university never make it that far. Students who do transfer must often retake courses, adding time and expense. A transfer student hoping to complete a bachelor’s’ degree in two years may find themselves spending as much time at the university as they would have if they’d started there in the first place.

The perceived value of a bachelor’s degree is persistent. Universities in Oregon saw a 5% enrollment drop in 2020. The community college drop out rate was more than four times as high. Additionally, employers now routinely tell prospective employees that their open positions require a bachelor’s degree, even when they don’t.

The same thing is happening in Michigan. There is not enough value in a community college degree to make enrolling worthwhile. WCC’s enrollment slide may reflect a variety of factors, and the community college administration appears to be doing little to address it. Instead of coming up with new academic programs that increase the wage premium for community college graduates, they’re maintaining a lot of low-wage degree programs. They haven’t figured out how to entice older workers to upskill. And for good measure, they’ve closed the campus daycare facility to ensure that working mothers can’t attend classes.

Michigan continues to lose job opportunities because the workforce does not possess the right mix of skills. We need community college administrators who are dedicated to addressing this problem, instead of executives who are focused on building a hotel and retail spaces on the campus.