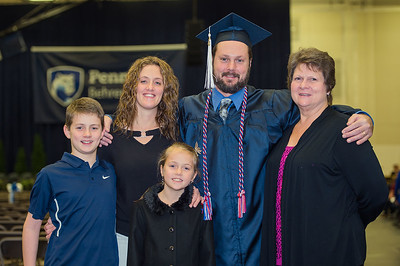 Board must act to preserve WCC’s future

Yesterday, I looked at Palomar College, a California community college that now operates under a state-appointed fiscal manager. The college expects to close this fiscal year $12M in debt. It plans to borrow half as much to pay its obligations. Today, I’ll look at Walla Walla Community College and how it can inform WCC’s future.

Walla Walla has recently made moves to lay off two dozen employees to make up for a multi-million dollar budget shortfall. The faculty have raised questions about the WWCC president’s leadership. The Board supports the president… yada, yada, yada.

Julianne Sachs, the Math Department chair at WWCC, was quoted in the Union-Bulletin as saying:

She provided a graph showing a rising level of administrator positions, over flat or decreased faculty and staff jobs.

The board has approved those budgets all along, she said, but the system has shown little effectiveness.

Does this sound familiar? It should. A chief executive whose top priority is increasing the size of the administration, while enrollment stagnated. She nominally answers to a disengaged Board of Trustees whose chief concern is whether or not they’re correctly executing Robert’s Rules of Order. Meanwhile, they happily approve unchecked spending, unrestrained hiring, no-bid contracts, mass staff reductions without a commensurate reduction in expenses and ill-advised, ill-funded and ill-timed capital projects as the rest of the campus buildings rot.

There are about 100,000 high school graduates in Michigan in any given year. At the same time, there are 1,000,000 adults with “some college, no degree.” In other words, there are 10 times as many degreeless individuals in the state as there are high school graduates. This represents a massive opportunity to increase enrollment. Instead of hand-wringing and chirping about building a hotel, WCC should be getting these people enrolled.

Where is the “educational leadership” we’ve been paying so much for? What is the plan to increase enrollment? The administration needs to do more than blast a tired marketing campaign to get students in the door.

In the last two weeks, the entire economy has come to a full-stop. It is time for the Board of Trustees to set aside “business as usual” and start working on measures that will support WCC’s future long term. That includes setting aside personal agendas and addressing the needs of the entire community; revising and updating the Board Policy Manual; putting a hard stop to unrestrained administrative hiring; and holding the College administration accountable for actual documentable performance.

In other words, it’s showtime.