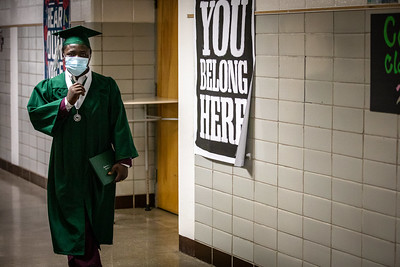 2020 high school graduates: The class that got away

More worrisome is the fact that few 2020 high school graduates enrolled in classes in Fall 2021. The COVID-19-fueled “gap” year that many predicted may ultimately be an unrecoverable loss.

For community colleges, the news that the Class of 2020 has gone missing shouldn’t be bad. After all, 2020 high school graduates make up a relatively small percentage their enrollment. Community colleges can cast a much wider net for students of all ages. And it seems like they should. Recent FAFSA application rates indicated that fewer 2021 high school graduates plan to attend college.

To increase enrollment, community colleges should focus recruiting on specific demographic groups. There has been a precipitous drop in the number of enrollments among Black and Hispanic students, for example. Strengthening recruiting efforts among these groups could help boost enrollment.

Community colleges that want to boost enrollment would do well to develop programs to support students who stopped out. Michigan currently has more than a million adult learners who have some college credit but no degree. By enrolling these students, Michigan could help these long-haul students earn the diplomas they started years or decades earlier.

Although female students heavily outnumber males right now, the number of women enrolling in academic programs is declining. That’s bad news for community colleges. It likely means that these women, who typically earn less than men, believe they’re better off in the job market than they are in the classroom. Right now, it’s hard to argue that point.

Support groups whose enrollment is declining

According to employment figures released by the Bureau of Labor Statistics, in September for every 133 new jobs created, there were just 100 unemployed persons to fill them. If the estimate is accurate, it means that 1 out of every 3 new jobs will go unfilled. Although the popular conclusion is that “people don’t want to work,” the reality is slightly more nuanced. In fact, the Bureau of Labor Statistics estimated that nearly 80% of 2020 high school graduates who were not enrolled in post-secondary schools entered the workforce immediately after graduation. With many more available jobs than workers, it will be hard to convince them to trade work for school.

Millions of workers who were approaching retirement age as the pandemic hit simply decided to retire. Those workers exited the workforce and won’t be coming back.

Evidence also suggests that many people used the pandemic as an opportunity to start their own businesses. More new businesses opened in 2021 than in any previous year on record. That indicates a growing number of people who – fed up with the uncertainty of the pandemic economy – took matters into their own hands. Whether they rejoin the workforce remains to be seen.

That opens another potential place to recruit students. With so many people starting their own businesses, academic programs that focus on the unique needs of startups may be in order.

My point is that, while recent high school graduates may be a hard sell when it comes to enrolling locally, there are plenty of other demographic groups that the community college can (and should) attempt to serve.