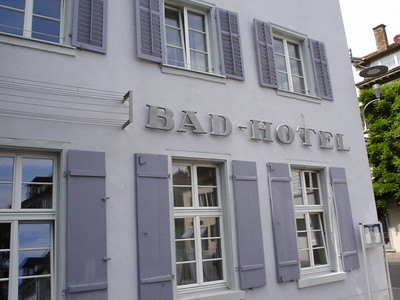 What does it cost to maintain a hotel?

Maintenance underpins hotel performance. If your hotel isn’t properly maintained at all times, your hotel won’t perform. It’s really just that simple. What does it cost to maintain a hotel?

It’s not really enough to fix things as they break. A hotel’s maintenance plan has to be proactive. The heat and air conditioning cannot go out. Ever. The electrical system, the fire alarms, fire suppression systems, the elevators, domestic hot water and the phones are all critical systems. A plumbing leak can take several rooms out of service in just a few minutes. A small fire in one room can shut down a whole floor for days or weeks.

Hotel maintenance can consume as much as 60% of a hotel’s operating budget. That sounds like a lot but running a hotel is expensive. Those expenses are not optional, and they’re difficult to stay ahead of. Maintenance is a central issue in this discussion because WCC plans to build and own a hotel.

It’s a little concerning that an institution that already has a $20M deferred maintenance bill on its existing buildings wants to take on a hotel.

Can WCC maintain a hotel?

Can you imagine asking hotel guests to dodge falling bricks and heaving concrete in the TripAdvisor era? Of course not. Bad reviews live on indefinitely on the Internet, so the hotel will always be WCC’s first priority for maintenance expenditures. The rest of the buildings on campus will suffer so that the Taj MaHotel can avoid the tyranny of TripAdvisor. (And the lawsuits, which the deep-pocketed taxpayer/owners will undoubtedly catch.)

In sociology, the “broken windows theory” posits that visible signs of blight or urban decay create a downward spiral that begets more blight. Poor maintenance is a kind of “broken window.” When the building owner doesn’t care enough to maintain its investment, it says something to the employees and guests. Why should either workers or guests care about a building that the building owner doesn’t even care about? Unaddressed maintenance problems beget more problems to ignore.

Taxpayers can’t afford the bills associated with taking care of a hotel at WCC. The decision to build and operate a hotel should be left to private investors who have the money, expertise and appetite to build, manage and maintain a hotel.