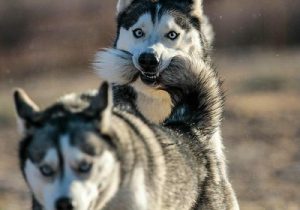 Every Michigan community college has an elected Board of Trustees. Likewise, every Board of Trustees has by-laws and governance policies. While not every community college makes its Board policies available , WCC publishes its WCC’s Board Policy Manual. The WCC Board Policy Manual contains something unique: the Voluntary Excellence Guidelines (VEG).

Take the time to read these guidelines, since they certainly explain a lot about the College’s dysfunction. The VEGs are the Board’s operating philosophy. When you compare these to other community college policies, you’ll see some significant and alarming differences.

For example, this section comes from WCC’s VEG.

One of the important roles Board members play is to build support for the College among political, business, and community leaders. The cultivation of these relationships should not be turned toward personal gain or the sponsorship of the interests of a particular individual or group in Board discussion.

In their contacts with legislators and public officials, Board members must articulate the priorities of the College in a manner consistent with Board policies and administrative procedures for implementing those policies. Board members should not pursue College matters with legislators or public officials except as part of a planned approach by the Board in cooperation with the president.

First, I couldn’t find another Michigan Community College Board of Trustees whose board policies stressed the importance of building Board relationships with politicians as Job # 1. Most often, board policies focus on the internal community. Sometimes, they even include mumbo-jumbo about their responsibilities to the taxpayers.

The “Mutual Expectation Society” at WCC

Board-President Relationships
Board members have a right to expect that the president will:

The president has a right to expect that the Board will:

When you look at what other community colleges expect from their chief executives, these expectation are bizarre. For example:

GRCC – Asset protection. If WCC’s board had this expectation of the President, we probably would not have a $20M deferred maintenance bill.

Jackson College – Executive Limitations. Similarly, if WCC’s board had these expectations of the President, they probably wouldn’t have approved a $26M no-bid contract for IT services.

Lansing CC – Executive Limitations. Likewise, if WCC’s board had these expectations of the President, the taxpayers probably would not have paid more than $1M per year for 2 years for two contract IT executives and a half-baked report.

It’s hard to choose a favorite from among these two very worthy lists, because they’re both pretty full. Since I keep coming back to this one: the Board members can expect the president to:

Give candid assessments of Board functioning.

Finally, the Trustees believe that the pathway to true excellence leads through self-evaluation.

Board of Trustees Evaluations
The Board of Trustees may conduct periodic self-evaluations. The purpose of a Board evaluation program is to promote personal assessment and reflection by individual Board members and discussion among Board members. The initiation of the process is the responsibility of the Board chair with assistance from the president as requested.

Voters deserve more than a bill from the Board of Trustees

The Board of Trustees insults the voters with this clownish approach to governance. The Community College Act of 1966 established duly elected trustees with real responsibilities. First and foremost, the Trustees represent the interests of the taxpayers in the community college district. Second, they provide effective financial oversight of taxpayer funds.

When it adopted these guidelines, the Board of Trustees voluntarily disabled its statutory oversight function. These VEGS do nothing short of upending the Board’s relationship with the College President. In theory, the voters in Washtenaw County should have seven seats at the table. Due to these “voluntary excellence guidelines,” we have none. Effectively, the Board has shut itself off.

Without doubt, the first step in correcting the massive dysfunction at WCC is to elect Board members who will commit to ensuring that the tail stops wagging the dog.