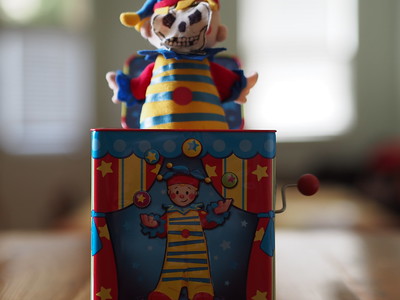 Yesterday, I wrote about the hidden cost of tuition increases. Students have met every significant WCC tuition increase in the past 20 years with declines in enrollment. You can also see the impact in declines in the number of credit hours students enrolled in.

WCC doesn’t see these dramatic drops when the cost of attendance rises gradually. That’s an argument against holding tuition constant for multiple years in a row. Especially if it results in a giant tuition increase and/or fees in some future year.

Large cost of attendance increases are universally counterproductive. They cause low-income students to drop out. The school loses money when the remaining students reduce the number of credits they take. Increases also impact the time needed to complete a degree. No one wins.

If the Trustees expect the students pay for everything, it is unfair to delay legitimate cost increases until the institution can no longer tolerate it. That jack-in-the-box strategy creates an unlucky cohort of students. These unfortunates absorbs the whole burden of multiple years of deferred increases when the board finally authorizes one. It is especially infuriating when the institution delays a tuition increase as a marketing gimmick.

It is also unfair to expect students to take on the burden of paying for construction projects on campus when a mechanism to seek taxpayer support is readily available. Further, students should not be expected to bear the cost of correcting building neglect on campus, especially when neglecting capital refreshes and required maintenance is a conscious choice on the part of the administration.

Tuition increase can cause low-income students to drop out

A major tuition increase tends to clear the decks of low-income students. Additionally, when the Board of Trustees approves a significant increase two years in a row, that tends to close the door on low-income and female students. The reward awaiting those who manage to hang on is paying an extra $75 per semester for a full-time, in-district student.

Community colleges are meant for everyone. Raising the cost of attendance significantly (and repeatedly) makes the campus less diverse. It also tends to reduce the size of the school’s occupational education programs.