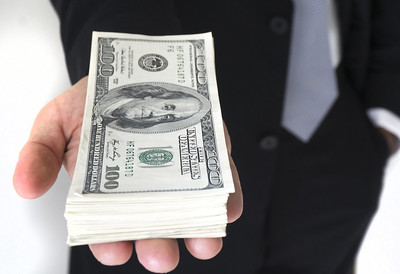 The Truth About WCC’s State Appropriation

This excerpt from the November 19, 2019 Board Retreat caught my attention. First, what Trustee McKnight-Morton said about WCC’s state appropriation is not true. It’s not mostly true. It’s not even slightly true.

Objectively, it is flat-out wrong.

WCC is NOT receiving less money from the State of Michigan.

Objectively, the State gives more money to WCC today than it ever has.

What false statements about WCC’s state appropriation could mean

I don’t know why Trustee McKnight-Morton apparently believes that the State is reducing WCC’s appropriation. If she relies on someone else to provide her with information, that’s a problem. Trustees need accurate information about the status of the College’s financial picture. Appropriation information is publicly available, and readily verifiable. It is disturbing that neither the College President nor the Chief Financial Officer corrected Trustee McKnight-Morton’s misstatement.

Second, the reference to the state appropriation could be deliberately wrong. Again, the information is publicly available and readily verifiable, so there’s little point in misstating objective facts. Nonetheless, the College officers are fully aware of the status of the state appropriation. It is alarming that none of them stepped in to provide correct information.

Third, it could mean that Trustee McKnight-Morton doesn’t actually know what’s going on with the appropriation. This is also a problem because she’s been on the board since 1994. If anyone should know what’s happening with WCC’s state funding, it is her. This person makes multi-million dollar spending decisions and may not have all the facts.

Frankly, none of the Trustees seemed to know that WCC’s state appropriation has RISEN substantially over the last decade. If they did know this, they did nothing to correct Trustee McKnight-Morton’s confusion. And this might be the biggest problem of all.

The truth is fundamental to responsible governance

Shinola is never an acceptable substitute for the truth, regardless of who is serving it up or why.

The taxpayers deserve the truth from those we’ve elected to serve us. We also deserve elected officials who can analyze the information presented to them, and readily distinguish between fact and falsehood. Trustees mustn’t mindlessly accept false narratives proffered to support poorly crafted policies and steer spending authorizations that are detrimental to WCC.

Most of all, our elected officials must not breathe life into untruths by allowing them to pass unchallenged.

Published in Board of Trustees and WCC Budget