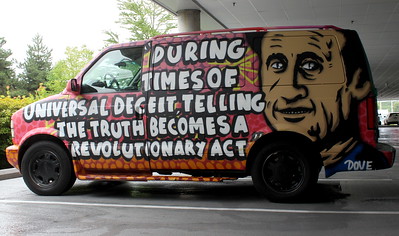 The State Appropriation: Building on Lies

In yesterday’s post, I shared a segment of a WCC Board Meeting from September 24, 2019. In the meeting, the College Administration and members of the Board of Trustees presented information that was either objectively false or deliberately misleading. This information is the rationale for moving to real estate development as a revenue source for the College.

It is not. It has not fallen in nine consecutive years.

How can both of these statements be true? WCC’s overall revenue picture is buoyed by Washtenaw County’s higher-than-average property tax values and WCC’s repeated tuition and fee increases. These revenue sources are growing faster than the State appropriation is growing.

Because all components of WCC’s revenue are growing at different rates, the State appropriation comprises a smaller percentage of WCC’s overall revenue picture.

How much money does WCC receive from the State of Michigan?

The House Fiscal Agency (HFA) reports budget summaries annually for all state expenditures. The Legislature allocates these funds every year to provide operating revenues for WCC.

In FY 2013, WCC began to report its state appropriation differently in its audited financial statements (AFS). (I don’t have an explanation for that, but I’m sure there is one.)

The table below shows data taken from the House Fiscal Agency and from WCC’s Audited Financial Statements regarding WCC’s appropriations in each of the last 13 fiscal years for which complete information is available.

According to the State of Michigan, WCC’s appropriation has increased by 45% since 2007. WCC claims it received 214% more from the State in 2018 than it did in 2007. Regardless of which numbers you choose, both the HFA and the AFS numbers show that WCC’s state appropriation is not declining.

WCC’s revenue strategies should not be built on lies

But it gets worse.

One Trustee – who is WCC’s liaison to SEMCOG – advanced school-age population decline as though it were both factual and eventual for Washtenaw County.

It is neither. And this sad episode is nothing short of a breach of the public trust.

The Trustees are fully authorized to make spending and strategy decisions for WCC. This entirely false narrative of failing State support and student population declines is their justification for approving foolish construction projects and insane spending strategies.

This is WCC’s Water Street.

The difference, of course, is that Water Street was a misguided bid to use a hot real estate market to increase Ypsilanti’s tax revenues. The elected officials in that case rolled the dice and lost. But what they lost was money.

The WCC administration is not just playing with house money. They are playing with the educational and financial futures of Washtenaw County’s most vulnerable residents. They are risking the goodwill of the voters, who have always supported WCC’s justified needs. And they will consign the taxpayers to paying their debts for decades without giving us any say in the matter.

Oh, what a tangled web we weave/When first we practise to deceive!” – Marmion: A Tale of Flodden Field, Walter Scott, 1808

The taxpayers do not need WCC to build a hotel or a convention center, or more non-academic buildings. Washtenaw County residents do not need an executive health spa that burns our property taxes in million-dollar increments. We do not need to sacrifice College parking to build coffee shops while the bricks fall off campus buildings. And we do not need administrators and Trustees who proffer falsehoods to divert public funding to their self-serving priorities.

We need a College administration and a Board of Trustees who are firmly focused on education. We need a College administration that answers to the Board of Trustees, who in turn answer to the taxpayers. Unfortunately, Trustees we elected to speak for us have clearly indicated that they have other plans. As such, we now have a duty to stop this nonsense before it goes one step farther.

The public pays for each administrator who works at WCC, and the public elected every Trustee on the board. As such, each of these people have a duty of loyalty exclusively to the taxpayers. This duty requires them to put our interests above their own.

The WCC President, the CFO and the Trustees who organized and participated in this deliberate deception do not owe us an apology or an explanation.

They owe us their immediate resignations.

Published in Board of Trustees, WCC Budget and WCC Watch