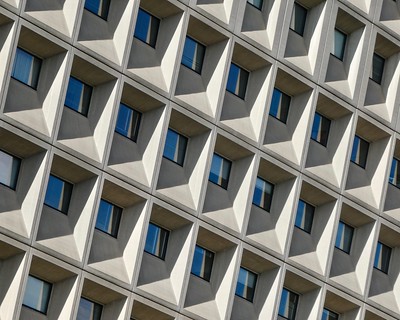 Yesterday, I wrote about City College’s $845M bond issue to repair its neglected campus infrastructure. I pointed out that the payback on the bond issue will cost property tax payers about $1.6B over 30 years. Future property owners are now obligated to repay the jumbo bond deal.

But here’s the thing: there will be fewer future owners to pay the property tax obligation. If the city’s property-tax-paying population shrinks, the tax will be reapportioned to the remaining properties. The likelihood of that happening is….

According to a report issued by the Housing Policy Finance Center, Millennials are less likely to own homes than their Gen X parents or Baby Boomer grandparents. That’s significant because Millennials make up the largest generation in United States history.

That’s bad news for institutions that depend upon property taxes – like community colleges, for example. As a cohort, Millennials prefer to live in highly urbanized areas, and they’re more likely to rent than own. The Housing Policy Finance Center compared rates of homeownership among Baby Boomers, Gen X and Millennials when each group was in the 25-34 year age range. Boomers and Gen X’ers owned homes at about the same rate – 45%. Millennial home ownership during this age range was a full 8% lower – just 37%.

Because Millennials prefer to live in urban areas, it’s unlikely that they’ll willingly decamp to suburban housing stock. Data also show that Millennials are delaying most major milestones in life, including marriage, childbearing and even independent living. Beginning in 2005, the number of households headed by persons between the ages of 18-34 dropped from 38.8% to 31.5% in 2015. During the same period, the number of adults 18-34 living with their parents increased from 26.7% to 35.5%.

These demographics pose a problem for Baby Boomers, who expect to recover their investments in their sprawly, suburban McMansions. For many, their retirement may depend on selling their homes. According to the Housing Policy Finance Center, the number of “prime homebuyers” – married individuals ages 25-34 who also have children – dropped between 2005 and 2015 by nearly 9%. Those who do buy homes are looking for urban “starter homes” – which are in short supply. Baby Boomers may find themselves stuck in large suburban homes they can’t sell and that grow harder to care for as they age.

Previously reliable growth in property-tax collections may slow or even decline in areas filled with less desirable, less urban housing stock. That makes moving WCC away from reliance on the General Fund for debt retirement more important. In the future, the College will require every millage dollar to cover the cost of operations. It cannot afford to divert its operating millage proceeds to debt retirement.

While Ann Arbor’s population is expected to grow, the growth will likely come from people who prefer to live in dense, urban areas. As developers build more rental units in Ann Arbor’s core, they will do so at the expense of suburban homeowners, and potentially the institutions that depend on property tax funding for survival.

The Trustees must get comfortable with asking the taxpayers to authorize separate millages for capital projects. If not, they must reject Administration proposals to fund capital projects with operational dollars. As property valuations drop, it will become increasingly important to actively reduce spending. The most significant reductions could come from restricting executive spending, limiting capital projects to existing infrastructure, and modernizing building systems to reduce utility costs.