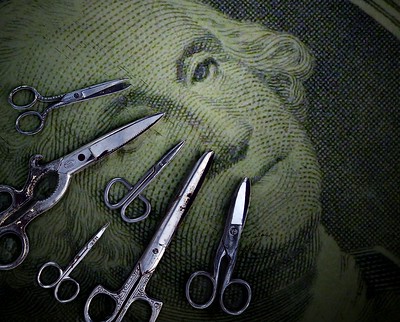 The State of Michigan estimates that it will need to close a $6.2B revenue shortfall in the next 16 months. There is some variability in that number. The actual revenue losses could range between $3B and $7B depending upon circumstances. One thing is for sure: the State revenue crisis will impact WCC.

The State’s portion of WCC’s overall revenue picture is comparatively small. WCC’s CFO Bill Johnson has pegged the figure at less than 15%. In some respects, that actually leaves WCC in a better position than some community colleges that depend on the State for one-third or more of their annual revenues.

For FY20, WCC’s State appropriation was almost $14.7M. That doesn’t include some additional funds the State has set aside for specific purpose, like retirement payments. It also doesn’t include money the State allocated for construction projects.

In reality, the shifting money doesn’t represent a loan; the State has no intention of returning the funds to the K-12 schools. Instead, this appears to be a permanent change in the way the State funds community colleges. The State’s anticipated FY20-21 revenue losses represent about one-third of the total value of the School Aid Fund. While the State won’t be making up its losses entirely out of this fund, it’s pretty clear that cuts are on the way.

One area that seems likely to be cut is construction. WCC had been tentatively allocated about $2M for the “Advanced Transportation Center” and $8.5M for a planned $23M renovation of the Student Center Building. The State has a long competitive process for evaluating and approving capital projects at community colleges. Under ideal circumstances, the State will finance a maximum of 50% of the cost of a capital project. That is provided the project meets certain standards.

WCC’s ATC project and the SC renovations fell quite a bit short of that mark. Both projects are now on indefinite hold. The ATC would have cost $8M and the SC renovation was expected to cost $23M. The State would have paid $15.5M for both projects under more favorable evaluations. The State downgraded the ATC because the majority of the building was for non-academic purposes. The SC proposal face-planted because the building suffers from some substantial neglect. The State will not pay to remediate neglected maintenance.

One thing has become very clear. WCC no longer has the luxury of leaving State money on the table for construction projects. The administration must become much better at:

A.) proposing projects that maximize State cost-sharing opportunities, and
B.) taking care of the existing buildings so capital projects can qualify for full cost-shares.

The Trustees must stop giving the Administration a pass on capital projects that do not qualify for 50% State funding. Inexplicably, the Board of Trustees refuses to ask the Washtenaw County taxpayers to pay for capital projects. As such, failing to achieve the full 50% State cost-share means more capital money comes out of WCC’s General Fund. Given the State’s current financial predicament, WCC will need to focus all of its operational dollars on operations for the foreseeable future.