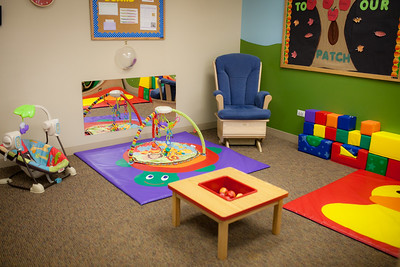 Earlier this week, Governor Gretchen Whitmer announced that the State of Michigan would invest $365M into affordable childcare programs. Part of that investment included one-time bonus payments of $1,000 to full-time daycare workers, and $500 to part-time daycare staff. In addition, the Childcare Stabilization Grants will help keep facilities open by providing financial support.

The need for affordable childcare is extraordinary in Michigan. Parents describe some areas of the state as “childcare deserts.” Washtenaw County currently has 287 active licensed daycare facilities, including 187 center-based programs. Program size depends on the space available and the number of program staff. A public or private school or school districts operates approximately 40% of those. The general public cannot use these programs; typically, they provide before- and after-school care for specific K-8 facilities.

In addition to the center-based facilities, Washtenaw County has 100 active licensed home-based care facilities. 50% of these facilities care for no more than 6 children at one time. The other 50% care for as many as 12 children simultaneously. 80% of home care facilities provide daytime-only care.

Childcare should be part of state aid formula

But then again, the taxpayers of Washtenaw County heavily subsidize Washtenaw Community College, too. (Does instruction at WCC turn a profit? The Health and Fitness Center lost $4.5M last year. When is that closing its doors?) I’m not sure any taxpayer here would strenuously object to subsidizing on-campus childcare for student parents. More than 20% of college students are parents. And 70% of student parents are single mothers. Providing affordable childcare for these women may be the difference between attending and not attending classes.

If the State of Michigan is serious about both providing affordable childcare and encouraging more people to earn college degrees, a policy change may be in order. The State should agree to subsidize on-site childcare for student parents as part of the higher education funding formula. Conversely, it should penalize public colleges and universities that do not provide on-site childcare.

The State should not sit idle while publicly education institutions like WCC rip the rug out from under student parents. According to the WCC administration, it closed the Children’s Center because it was “losing money.” These facilities are not intended to turn a profit for the College. If WCC’s goal was to turn a profit on childcare, it could have easily done so. With a facility licensed for 135 students, running at full capacity and charging market rate for childcare, the College could have generated revenue of nearly $4M per year. If profit was the goal all along, the Administration should be held accountable for not operating the Children’s Center accordingly.