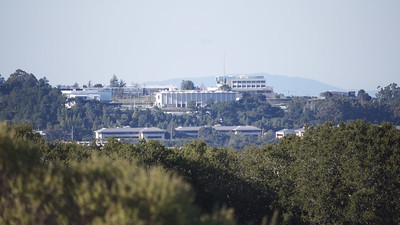 In 2005, voters in San Mateo County, CA approved a $468M bond issue. In California, taxing authorities must be explicit about what they intend to do with bond funds. An entity that’s going to ask the public to build a fitness center will need to be up-front about it. The ballot language in that election read as follows:

So, in 2010, the College of San Mateo (CSM) introduced the San Mateo Athletic Club (CSMAC), a publicly funded fitness center on its campus. The 105,000-square foot facility set aside about 35,000 square feet for the private fitness facility. The CSMAC featured 2 heated outdoor pools and nearly $2M in high-end fitness equipment.

In selling memberships to the public, the CSMAC attracted about 1,800 non-student members at an initial cost of about $60 per month. Students paid about $35. The CSMAC also has reserved parking, which members pay an additional monthly fee to use. At the time the club opened, college officials estimated that it would generate anywhere between $125,000-$440,000 per year in revenue.

San Mateo County taxpayers were not happy. If you review the list of projects declared on the ballot issue, you’ll note that there was no mention of a private, dues-paying fitness club. This must be an “other project.” One of those “other projects” was a Workforce Development Center, which college officials identified as the CSMAC. They rationalized that the club could be a workforce development center because CSM could train people to be fitness club managers at the facility. Cosmetology classes could make the CSMAC more “spa-like.” And best of all, the facility would pay for itself!

Fast forward to 2020. The CSMAC has a third-party operator and several new trustees. The CSM Trustees were not happy because the operator, EXOS, appeared to favor its paying clientele over CSM students. That left the Trustees with the impression that the fitness center was not mission-centric for the college. A previous Board approved the construction of a similar facility at another CSM campus. So, now they have two fitness centers to wrangle.

Several new trustees favored eliminating the third-party operator altogether and taking over the management of the club directly. Another trustee claimed that the club generated $8M in revenues over the first decade of operation under EXOS. The Board directed the college administration to begin negotiations with Power Wellness, the company that manages WCC’s fitness center.

As it turns out, the pandemic is not a good time to find a fitness center operator. The Trustees opted to extend EXOS’s contract for three months while they determined their plan. After that extension, the Trustees issued a second extension with EXOS, but still wanted to move toward directly operating the fitness center(s).

And then there’s the whole money thing…

And, by the way, the facility just doesn’t make that much money. Paying an operator reduces (even farther) the potential annual income. The Trustees also still wrestle with the fact that the for-profit fitness center operation is well outside the mission of the community college. And these two large facilities now suffer from the same challenges other clubs do: how to appeal to former and current members in the age of COVID-19.

These are all good questions about the wisdom of the community college owning and operating a fitness center. Especially one that uses public dollars to support a private club. That the public didn’t authorize yet gets to pay for. And whose academic and economic values are sorely limited at best.

It remains to be seen exactly how much of a sea change COVID-19 represents for the fitness industry. But one thing is clear: the community cannot afford to underwrite foolish financial gambles that appeal to college executives yet fail to perform as advertised over time. Nor can we allow these mistakes to needlessly inflate the cost of a two-year degree. The Trustees have to remain focused on the students’ needs, and what is best for them.