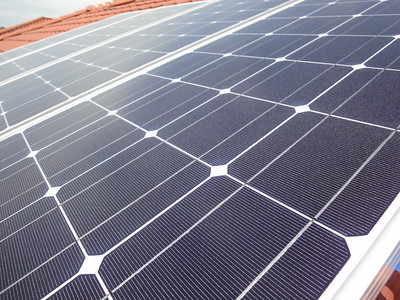 The value of a good vocational education program goes beyond simply giving people job skills. Vocational education appeals to young people, and provides a significant source of employment among young adults. It enables rapid retraining of adults who have previously been in the workforce, or who are re-entering the workforce after an absence. It also opens significant job opportunities for both minority and female workers.

Simply put, vocational education enfranchises the people who traditionally occupy the lowest tiers of the US economy. It not only gives them rapid entry, but enables both full participation and upward mobility.

The need for vocational education also constantly changes. Using data from the Bureau of Labor Statistics from both 2008 and 2019, there is no overlap in the top 10 fastest-growing occupations in those years. The need for new skills in the US economy changes quickly. There is a constant need to develop new vocational and occupational education programs to meet emerging labor demands.

The history of vocational education

Vocational education in the United States quietly celebrated its 100th anniversary in 2017. One hundred years earlier, Congress passed the Smith-Hughes Act. Among the Act’s stated purposes were to improve wages, reduce unemployment and bolster national security. That sounds great – even aspirational, but vocational education has a somewhat darker history.

The unstated purpose of the Smith-Hughes Act was to reduce the country’s reliance on foreign trade school graduates. In 1917 Congress also passed the Immigration Act, which barred immigration by illiterate people over the age of 16. Most of the Immigration Act aimed to block migration from Asia, but the law also applied to Europe. In fact, the Immigration Act of 1917 was the first time the United States restricted European migration.

Congress wanted to block German immigration, but Germany produced highly skilled workers, which the US desperately needed. The Immigration Act took advantage of the fact that most German immigrants didn’t speak English. The only way to close the “German pipeline” was to create vocational education programs in the US.

The need for skill-based education is evergreen

You don’t need to look very hard to find parallels in the political and economic climates of 1917 and 2019. A nativist, anti-immigrant sentiment gave rise to formal vocational education in the US, and it still seethes today. But 100 years of investment in vocational education have produced undeniable benefits. That’s what makes the WCC administration’s shift from education to real estate development both inexplicable and unacceptable.

Now is not the time to shift WCC’s focus from vocational and occupational education programs to anything else, much less to real estate development. There are significant emerging vocational education opportunities in alternative energy (solar and wind), the health and medical fields, occupational and physical therapy, environmental sciences, the trades (carpentry, HVAC, plumbing, metalworking, electricity) and information security. The taxpayers have the right to know WCC’s rationale for pursuing sketchy real estate development plans over high quality educational programs that meet the employment needs of emerging industries desperate for trained workers.

Real estate development is a “last resort” strategy for an institution facing the question of survival. It describes an administration that is either fully disengaged or completely devoid of ideas. Objectively, WCC is nowhere near this point in terms of enrollment, voter financing or program development opportunities. Further, speculative real estate development is highly risky. It will subject WCC to recessionary realities it is currently shielded from.

The voters should not blindly accept the administration’s assurances that building a hotel is a viable or necessary survival strategy. Or even that WCC’s survival is in question. Instead, voters should demand that WCC uphold the expectations of the mission they have given it.