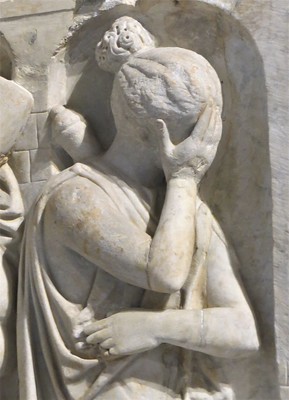 Recognizing WCC’s former IT staff is too much to ask

Apparently recognizing WCC’s former IT staff is too much to ask.

The Personnel Recommendations acknowledge everyone’s service – regardless of why they’ve separated from the College. For reasons that remain unclear, the WCC administration refuses to acknowledge the IT employees they terminated in July. The College’s former IT staff had rendered nearly 400 years of collective service to WCC and by extension, the community.

As part of the employees’ severance agreement, both the College and the employees mutually agreed not to disparage each other. I argue that refusing to recognize these employees and their years of service to the WCC community is disparaging them.

It’s not as though the Board of Trustees, or even the College administration simply “overlooked” these employees. They are quite well aware that they failed to acknowledge their service and their departure. I know because I individually emailed each Trustee, and every member of WCC’s executive administration, the text of which appears below:

To the WCC Board of Trustees:
Washtenaw Community College has a long-standing practice of recognizing former employees who have separated from the College in the Personnel Recommendations section of the Board Packet every month.

It is utterly shameful that the Human Resources Department and the College Administration consciously omitted the dozens of Information Technology employees who were involuntarily separated from their positions on July 31. The names and years of service of these employees should have appeared in the September board packet but did not.

The Administration’s self-serving desire to hide the impact of its irresponsible and ham-handed decision to outsource these employees neither erases their nearly 400 years of collective experience, nor their unreserved dedication and contribution to WCC’s successful operation. These individuals deserved nothing less than to be acknowledged and recognized publicly for their service to WCC and to the Washtenaw County taxpayers in the same way that the College recognizes every other departing employee.

In addition to publicly recognizing these employees and their service to the College, the Administration now also owes them an apology for this thoughtless and disgraceful slight.

Start by recognizing what these people did for the College

When the IT staff left, WCC paid out nearly $335,000 in unused vacation time to the departing employees. That’s enough to cover nearly two full months of vacation pay for the entire 31-person IT staff. That’s how much time these people DID NOT take off to ensure that WCC had what it needed.

The WCC administration’s deliberate failure to acknowledge the IT staff’s contribution is in one word – shameful. It is petty and small, and speaks volumes about the current self-absorbed administration.

Please take a moment to click this link and send an email to the the WCC Trustees, asking them to acknowledge the service these employees provided to the College and to the community.

Published in Board of Trustees, IT Outsourcing and News