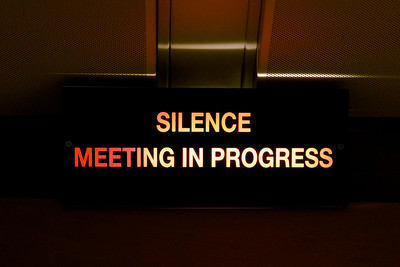 The Association of Governing Boards of Universities and Colleges released its 3rd annual Trustee Index. The survey of more than 900 university and college trustees revealed issues important to respondents.

One key finding of the survey is that “trustees will need to raise their level of performance” to address critical issues in higher education. The AGB survey results showed that corporate trustees spend about 2.5 times as much time on board work as their higher education trustees do. Trustees identified more areas of growing concern, but they’ve done little to address them.

More than 4 in 10 respondents said that they believe their board spends too little time on important issues. They include technology and cybersecurity issues, board development, board evaluation and succession planning. One-third of respondents said they do not spend enough time on activities like strategic planning, new academic programs and educational quality. At the same time, only one-third of respondents reported that they had engaged in any type of professional development in the prior year.

Trustees are in a unique position to shape and influence the educational outcomes of students. It is infuriating to sit through board meetings while trustees waste their limited effort and outsized influence on agitating for repairs to the hot tubs at the Health and Fitness Center and the construction of non-motorized pathways. Meanwhile, the WCC facilities crumble and the size (and cost) of the administration has exploded.

Here’s a news flash: HFC hot tubs don’t improve the lives of the food-insecure WCC students. Students don’t care whether outsiders can hike past the College on weekends on a pretty pathway. WCC spent nearly $500,000 trying to fix those hot tubs and construct that pathway. That money could have enhanced the students’ educational experience or lowering their attendance costs.

One of the most significant challenges WCC faces is getting the Board of Trustees to focus on the correct issues. But the current Board of Trustees is content to allow the WCC administration to drive. So the Board spends its limited time on imagining hotels instead of improving academics. Or mindlessly approving more administrators instead of more teachers or better programs.

The trustees should apply a simple but revelatory test to every spending request: “How does this expenditure directly benefit the students?”

Board members are perpetually engaged only in those issues that pique their personal interests. And they seem certain that the voters put them in their seats to blindly support the College administration.

It’s time to replace trustees won’t engage in the hard work the position requires. We don’t really need trustees who believe they are presidential advisors. We would fare better with Trustees who are actively engaged in, focused on and supportive of the mission of the College, rather than that of the College president.