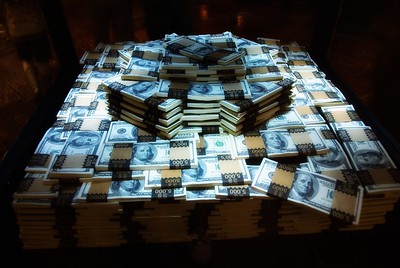 Sea Isle City is a seaside resort town in Cape May County, in the southern tip of New Jersey. It has a permanent population of 2,100 people, but during the summer, tourists can inflate the population to 40,000. Right now, the city is taking feedback from taxpayers on a proposal to build a community fitness center.

Prior to the pandemic, Sea Isle City residents considered the construction of a community fitness center. After designing the center, which would include rental spaces, a gym, a basketball court, a swimming pool and an indoor track, the city priced out the project. In early 2020, the price tag came to $15M.

As was the case elsewhere, the pandemic put a stop to a lot of projects – including the Sea Isle City Community Center. Last week, residents gathered to hear an updated cost estimate for the project. Costs on the project have increased by one-third in the nearly two years the plans have been dormant.

The new price tag commits more than $9,500 for each man, woman, and child in Sea Isle City. (Remember, Sea Isle City only has 2,100 permanent residents.) According to new census figures, the population of Sea Isle City has declined by more than 25% since 2000. And Sea Isle City has a front-row seat for the numerous hurricanes and tropical storms that batter the Atlantic coast.

So, the new community/fitness center has sparked a lot of debate about how Sea Isle City should spend its money. I should say that Sea Isle City is part of the Ocean City (NJ) MSA. Ocean City, NJ apparently has an enviable community center, so Sea Isle City may be “keeping up with the Jones.”

If $20M sounds like a lot, it is. $9,500 per resident doesn’t make that debt guarantee sound any better.

At a meeting to discuss the cost overruns, residents asked if changes to the design could reduce the project’s overall costs. Of particular concern was the cost of the elevated walking/running track. Eliminating it would save about $2M, however, an indoor track would offer a walking option to the oceanside promenade during the winter months.

One resident hit the nail on the head by observing, “Just because we’re able to borrow that money doesn’t mean we should.”

Just because we can doesn’t mean we should.

It’s not clear yet whether the city will commit to issuing bonds to pay for the community fitness center project. $9,500 per head, however, it is a massive investment for a shrinking town. At least the city is giving residents the opportunity to discuss the merits of the proposal before issuing bonds. That’s important. While the tourists may bring millions of dollars to Sea Isle City each summer, the permanent residents get the bill for the bonds.

It would be nice if the Trustees we elect to serve on the Washtenaw Community College Board of Trustees respected the taxpayers enough to ask for voter approval before signing us up for millions of dollars in debts.

Published in Board of Trustees, COVID-19, Health and Fitness Center, News and WCC Watch