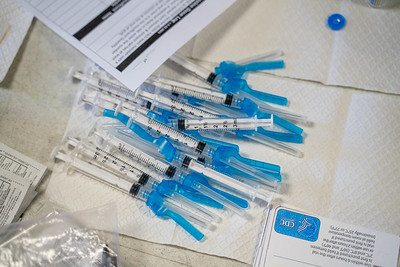 Last month, the Illinois Board of Higher Education and the Illinois Community College Board both issued COVID-19 recommendations. Higher education institutions in Illinois should require students, faculty and staff to fully vaccinate. Some Illinois universities, including the University of Illinois, Northwestern, DePaul and Loyola had already instituted mandatory vaccinations prior to the boards’ recommendations.

Indiana University established a policy of mandatory vaccinations for students returning to campus in the fall. The move promptly fielded a lawsuit from 8 IU student. In it, the students claimed that the mandate violated their constitutional rights by forcing them to accept unwanted medical treatments. A federal judge in South Bend dismissed the suit.

Regarding COVID-19, however, vaccinations may not be enough. The Centers for Disease Control and Prevention now recommends that vaccinated people wear masks indoors in areas of high or significant spread. The CDC’s abrupt change in recommendations follows the release of new information. The data show that shows that fully vaccinated people with “breakthrough” infections can spread the disease as effectively as unvaccinated people can. Further, the delta variant is now the predominant COVID-19 strain in the United States. It is about one-and-a-half times more contagious than earlier strains of the virus.

Complicating the matter in Michigan are Governor Gretchen Whitmer’s statements last week that she does not expect to issue any new mask mandates or lockdowns in the coming months. Whitmer indicated that her “hands are tied” as far as emergency interventions at the state level.

Despite the data showing that past interventions (including lockdowns, mask mandates, business closures and restrictions on gatherings) effectively lowered the number of COVID-19 cases, she cannot currently issue emergency orders. Instead, Whitmer says the state government will continue to encourage residents to get vaccinated against the disease.

Sadly, the WCC Board of Trustees, has styled itself in the recent past as a “policy board.” The Board is so completely disengaged from any actual policymaking that it is doubtful that they would (or could) come up with a policy to address what may be the single most important issue to confront WCC in its history.

The WCC Board does not function independently of the WCC Administration. It cannot or will not act upon anything that the Administration does not spoon-feed to it. While that is certainly much easier than performing oversight or developing policy, this governance strategy does not protect the residents of Washtenaw County.