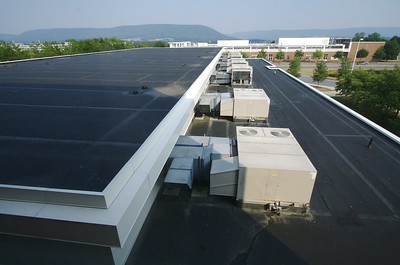 Kellogg Community College in Battle Creek has announced that it plans to reopen on June 29. Its plan – which is online now – gives some indication of what to expect in the fall. The reopening plan hedged on guaranteeing that KCC will offer in-person instruction, but it did provide a roadmap for KCC employees’ return to work.

Initially, the campus plans to open only to employees. All employees must carry their identification and must wear face coverings while in public spaces. They cannot use other employees’ phones, computers, workspaces or personal protective equipment. During the initial re-opening, only authorized personnel may enter the campus.

According to the plan, KCC has also modified (or will modify) workspaces and public spaces to support social distancing. They’ve erected barriers between spaces to help reduce the transmission of the virus. The College will limit meetings to 10 people or fewer. Larger meetings must take place virtually. Although the plan does not prohibit the use of elevators, it does ban “gatherings” in elevators.

The plan doesn’t go into detail about how the college plans to handle students in face-to-face instruction. The College will “encourage” students to wear face coverings, maintain safe distances from other students, sanitize or wash their hands frequently and stay home when they’re sick. Employees must self screen each day before coming to work.

One of the precautions KCC has taken to reduce viral spread is retuning their HVAC systems. Air handling turns out to be significant in the spread of COVID-19. According to KCC, it has adjusted its building HVAC systems to admit more outside air into the buildings.

The issue of retuning the HVAC systems is interesting, mostly because of the poor condition of many of the HVAC systems in WCC’s buildings. Using information from WCC’s current capital outlay report , the College indicates that HVAC systems in 8 academic building either require significant maintenance or replacement.

BE Building: Air handling systems in the original 1970 building are 17 year old and in good working order. Some temperature control issues in the 3 floors of the addition. Lab fume hoods to receive new flow controls and air sampling.

Henry Landau Building: Dust collection system is due for an overhaul.

ML*: Original boilers were replaced three new condensing boilers. Firing range boiler and AHU 1 are being replaced. Remaining three will be done during major renovation completed by 2021 Chillers were replaced in 2016.

* According to the renovation plan for ML, all of the building’s air handling units need replacement, except for the one over the firing range. WCC replaced that one earlier this fiscal year.

The poor condition of the campus air handling units is outrageous. The campus needs highly functional air handling units during this pandemic. It currently has broken down, neglected, end-of-life air handling units. The low-quality air handling units remain in service because the administration used the money the public provided to maintain them on other things. Now, the community must also deal with a pandemic respiratory illness that building ventilation can spread.

Once again, this is why we need an Asset Protection policy. The Administration has put off HVAC maintenance for years and no one on the Board of Trustees holds the administration responsible. They’re not even asking questions. As usual, the Board simply eats whatever the administration puts in front of them. Meanwhile, as the HVAC systems deteriorate, they become less efficient, more expensive to operate and repair, and also less able to respond to the health and safety needs of the campus.

Published in Board of Trustees, COVID-19, News and WCC Budget