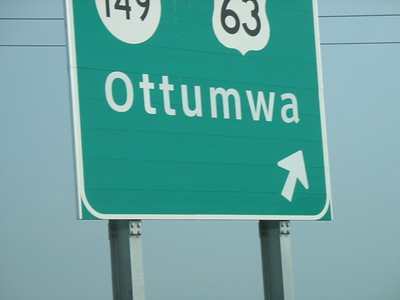 Ottumwa, IA might possibly be best known as the hometown of Corporal Radar O’Reilly in the movie-and television franchise, M*A*S*H. Next week, Voters there and throughout the Indian Hills Community College district, will weigh in on a 20-year, $28M bond request to fund construction projects on IHCC’s two campuses.

The bonds will fund replacement of temporary buildings on IHCC’s Centerville campus, which were constructed in 1971, but never replaced. (They must spend more than $0.25 per square foot on maintenance there.) Additionally, the measure would fund construction on IHCC’s Ottumwa campus. It would also fund virtual classrooms for every high school in the 10-county IHCC district. The virtual classrooms will support IHCC’s dual-enrollment offerings, improve Internet connectivity and expand IHCC’s continuing education programs.

Two things stand out about this bond request. First, IHCC was able to reduce the size of the bond request before putting it in front of the voters. The reduction came in the form of a capital campaign that knocked $6M off the top of the original $34M bond proposal.

Second, IHCC has not had a successful bond request since 1983.

The proposal clearly illustrates why seeking taxpayer support is fundamentally better than borrowing against the school’s general fund. The bond request will increase a homeowner’s taxes by less than $12 per $100,000 of value. Over time, the “real” value of that $12 will decline, thanks to inflation.

According to institutional data, nearly 9 out of 10 IHCC graduates remain in the IHCC district following graduation. That’s huge. Businesses in the district reap the benefit of a better educated workforce. The district receives the benefit of thousands of new taxpayers every decade. All in exchange for literal pennies on the dollar.

The other option is to follow Washtenaw Community College’s lead and ask students to pay for the construction. Tuition at IHCC is currently $190 per credit hour, with $300 per semester in mandatory fees. Putting this increase onto the students would raise per-credit hour tuition by $6-$10 per credit hour for the next 20 years. That’s on top of whatever tuition increases IHCC needs to pay its bills. That’s a surcharge of $360-$600 per degree. (IHCC enrolls about 2,100 students.) Alternately, IHCC could attempt to increase its full-time enrollment by 12% and sustain that level of attendance for 20 years.

And the capital campaign. Nothing (aside from NOT hiring a dozen new Vice Presidents) shows misguided taxpayers who oppose even the most trivial tax increases that you’re serious about keeping taxpayer costs low than reducing the millage ask BEFORE the vote.

Asking for taxpayer approval before committing the community’s resources to useless institutional debt shows respect. Reducing the size of the ask by nearly 18% through initiative and effort shows understanding.

Washtenaw County taxpayers will never get either of these things from the WCC Administration or the Washtenaw Community College Board of Trustees.