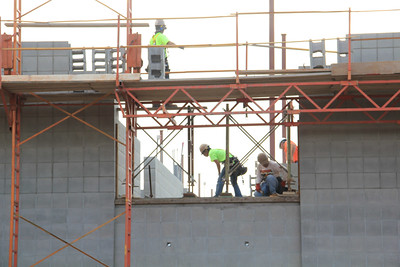 Full Accountability is the Only Remedy for Neglect

I’ve written more than once about the neglected maintenance at WCC. For voters who don’t regularly visit WCC, it’s important to understand the impact of neglect. It goes beyond the $20M cost to address WCC’s failing facilities. There’s also the real risk of liability and additional damage caused by doing nothing. We’ll see the cost of delay in the increased costs of labor and materials; the inconvenience of sudden failures; the unavailability of replacement parts; the increased operating costs of older systems that were kept in service beyond their rated lifespans; the loss of use of affected facilities, the increased cost of borrowing –the list goes on.

There was no reason for this to have happened. WCC is among the best-funded community colleges in Michigan. The money was there; it was just spent on other things.

Here’s another hidden cost of doing nothing. An average building – like a house – that uses standard construction and materials will last 100-120 years. With proper maintenance, a conventional building can last even longer. College buildings aren’t average, and they don’t use standard construction materials. They make heavy use of concrete, steel and glass. And they last about 60 years. When they’re not taken care of, they deteriorate even faster.

Neglecting these buildings decreases their already-compromised life expectancy, meaning that they have to be replaced sooner than they should. Taxpayers have to borrow more and more frequently because the College administration neglected our buildings. That changes the return-on-investment equation, and makes it harder for taxpayers to justify allocating more money to WCC.

Neglect negates our investment in WCC

WCC requires that all new buildings achieve at least LEED Silver certification. Achieving initial LEED-anything certification is one thing. Retaining it is another. As you might imagine, if building to LEED-X standards is costly, hanging on to this certification is too. If WCC isn’t willing to maintain buildings until the bricks are literally falling and staircases are collapsing from lack of maintenance, how well have they maintained the LEED certifications we spent so much to achieve?

The Health and Fitness Center was first (and last) LEED-Gold certified in 2008. WCC has made no effort to recertify the building in the intervening 11 years. To be honest, the re-certification is trivial. What’s more important is maintaining the systems that save energy, reduce water consumption, manage storm water runoff, improve indoor air quality, and provide high quality ventilation.

The Health and Fitness Center has been a colossal waste of taxpayer dollars for so many other reasons, but if WCC asked us to pay a premium for a “green” building and also shoulder the full $13.5M cost of building it, the administration owes it to us to maintain the building’s certification – at least until we’re done paying it off.

Instead of demanding that the College build LEED-certified buildings, which it will subsequently neglect, the Trustees should demand that the College executives maintain the condition of all of the College’s assets as a non-negotiable condition of their employment. Executives are temporary, but the College is meant to be here indefinitely. Along with the authority to lead the campus comes the responsibility of taking care of it. The Trustees have the legal right to demand accountability from their executives on behalf of the electorate. Accepting anything less is a dereliction of their obligation to us.

Published in Board of Trustees, Deferred Maintenance, Health and Fitness Center, News and WCC Budget