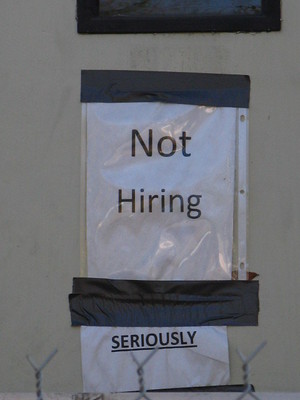 If you have time, I recommend that you read the Economic Outlook for Washtenaw County in 2020-2022 . The report, which researchers from the University of Michigan prepare annually, attempts to predict Washtenaw County’s economic future.

The relative “rightness” or “wrongness” of the report in any given year is not the issue. No one could have predicted the pandemic, except in the most general of terms. (“It’s not a question of if, but when.”) No one could have predicted its social or economic impact on the local, national or global economy. Likewise, no one can say what will happen with the pandemic in the next two years. In fact, the report does not take into account the potential impacts of civil unrest across many cities in the State, and in Washtenaw County.

What struck me as important is the number of times that the authors referred to Washtenaw County’s uniqueness, when compared to other neighboring counties and the State as a whole. Undeniably, our county is different. Its economy, employment statistics, relative wealth, relatively high educational attainment, workforce and a host of other factors make it unlike any other county in the State.

It is confounding, therefore, that WCC’s administration continues to attempt to model its actions and strategies after those employed in Macomb County. Macomb County is nothing like Washtenaw County, either on the surface or at any other level. For example, the WCC administration keeps pushing alternative revenue generation schemes that involve real estate development. After all, that’s what Macomb Community College did.

The structural factors that drive Macomb County’s strategies aren’t at work here in Washtenaw County. Our circumstances, as clearly illustrated by this report, are nothing like Macomb County – or any other county in the State of Michigan.

Nonetheless, the current administration at WCC has never taken the time to learn about Washtenaw County’s assets or its needs. In part, the problem stems from the fact that the majority of the administration does not even reside here. Instead, it has spent nearly 10 years pounding square pegs into round holes, awkwardly re-inventing existing resources, and attempting to apply specific solutions to non-existent problems, all while happily wasting tens of millions of dollars that Washtenaw County taxpayers have given to WCC for the betterment of its residents.

It is painfully easy to look good when the economy is good. It’s been good since the current administration arrived on campus. But the economy isn’t good right now, and now it’s time for WCC to perform. This administration’s chronic inability to understand Washtenaw County except through the myopic and politically polarized lens of Macomb County will be on full display in the months to come.

That cannot work well for WCC or Washtenaw County residents. It is time for the WCC Board of Trustees to recognize that Macomb County solutions won’t address Washtenaw County’s needs. In doing so, the Board must also demand genuine performance and accountability from this administration.

Published in Board of Trustees, News, WCC Budget and Workforce development