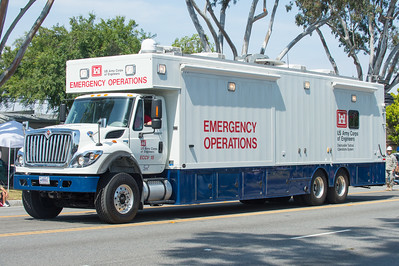 Last week, I wrote about the Morris Lawrence Building and its potential to provide hospital space in a disaster. As it turns out, that scenario isn’t too far-fetched. The Michigan Department of Health and Human Services called on Muskegon Community College this week. MCC’s Health and Wellness Center will serve as a hospital overflow site for Muskegon County’s COVID-19 cases. The building is under contract to MDHHS until at least May 27 – well after the current stay-home orders expire.

The US Army Corps of Engineers has selected TCF Center (formerly Cobo Hall) in Detroit as hospital site. The USACE will transform the center into a 900-bed hospital in a matter of weeks. As a point of comparison, Michigan Medicine has 1,000 licensed beds among all its hospitals.

In other words, the hospital at TCF will be massive. The facility is expected to be on hospital duty for at least six months. The extended need for these facilities indicates that officials believe they’ll need surge capacity for this public health crisis for quite a while.

Common sense dictates that public health officials would likely seek out public buildings to assist in a public health emergency. Common sense also dictates that our elected officials would take more seriously their responsibility to keep the public buildings they oversee in good condition – just in case. That clearly hasn’t happened with the Morris Lawrence Building and several other buildings on the campus of Washtenaw Community College.

The public pays for WCC’s buildings, and we elect officials to monitor and maintain our extensive investments in the campus infrastructure. It would be nice if the WCC Trustees spent less time telling WCC’s professional faculty how to run their classrooms and more time insisting that the WCC administration properly maintain our buildings.

Published in Board of Trustees, Deferred Maintenance and News