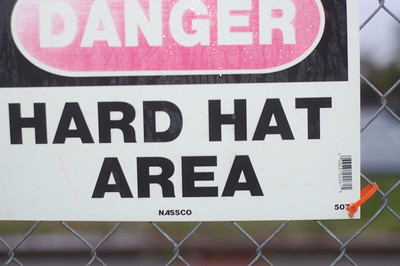 “There are a number of components of the building that really can’t wait much longer.”

Among a flurry of information presented at the April 28, 2020 Board of Trustees’ meeting, WCC CFO Bill Johnson reminded the Trustees that the ML Building is still falling apart. A planned $9M rehab of the facilities is now on a one-year hold, as the College sorts out its newly acquired COVID-19 financial woes.

$8M of the $9M price tag on the project will address neglect issues that have accumulated over a period of many years. Bricks are falling off the building façade; the skylights in the lobby are leaking; cement walkways around the building are heaving; the building is experiencing mold growth due to water infiltration; and the HVAC systems are failing. The College has reported the building to be in poor condition on its annual Capital Outlay Reports for years.

Delaying the repairs yet again will once again raise the project’s price tag. WCC rents out the building regularly, so ML is an integral part of the administration’s “additional revenue” plans. As such, it is curious that they allowed the building to deteriorate in the first place.

Every building on WCC’s campus is a community asset. This community is generous to a fault when it comes to funding WCC. Instead of using the money we have provided to take care of the campus, the administration has spent that on other priorities. Meanwhile, the CFO’s discussions of the building are now prefaced with increasingly urgent warnings about its rapidly deteriorating conditions.

At some point in the not-too-distant-future, replacing ML will become the more cost-effective solution. WCC has already neglected the Maintenance Building to death. It is now cheaper to build a new maintenance building than it is to repair the existing one. ML is poised to meet a similar fate. (The Maintenance Building rebuild is also on a one-year hold, by the way.)

There’s no indication yet of how much the latest delay on the ML repairs will increase the project cost. That won’t be known until the work is re-bid next year. Initially, WCC intended to pay for the entire project using “rainy day” money it skimmed from the General Fund. In the most recent Board Meeting, Johnson indicated that WCC also planned to use some portion of its investment proceeds to pay for the rehab.
As of right now, it’s raining pretty hard, and the investments are tanking. Rehabbing ML might require the College to issue bonds – increasing the cost of the renovation yet again. Regardless of where the money comes from, rest assured, Dear Taxpayer, that the $9M option is now off the table.

ML is precisely why we need an Asset Protection policy that holds the President accountable for the condition of the campus infrastructure.

Published in Board of Trustees, COVID-19, Deferred Maintenance, News and WCC Budget