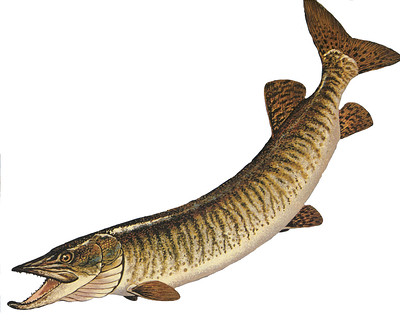 Choosing the right trustees is important

“A fish rots from the head down.”

When I was young, my father used to travel to Canada every summer to go muskie fishing. If you haven’t seen a muskellunge (“muskie”), it is the largest member of the pike family. And by large, I mean that the average adult muskie weighs about 30 pounds. Which, for my family, was good because I’m one of nine children, and one good muskie goes a long way. After his fishing trip, Dad would bring home his catch and prepare it, which meant removing the head.

A muskie is a nasty fish that eats fish, other muskies, frogs, rats and even ducks. A muskie has a certain pre-historic, not-quite-evolved look about it. It also has lots of needle-sharp teeth. When Dad was done butchering and scaling the fish, he would take the head and hang it on the telephone pole in our back yard. Birds would pick it clean, and it would eventually disintegrate into something “interesting” for the dog.

The muskie’s head always created an interesting, summer-long visual of the saying about how a fish rots.

We need the right Trustees for WCC this November

WCC is a valued resource in Washtenaw County, so it’s not easy to accept that the College is in trouble. And its trouble starts (and ends) with the Board of Trustees. (“A fish rots from the head down.”)

Today we have a group of Trustees who have abdicated their responsibility to provide oversight of the College. Instead, they say they want to make policy. Unfortunately, they don’t even do that much. They have not personally had contact with their own policy manual in years. Instead, the Administration has written or modified every single policy that has been added to the “Board Policy Manual” for decades.

As a result, the College – which is one of the best- funded community colleges in the state – is running out of money. The governing body that’s supposed to prevent that has instead authorized every expenditure placed in front of it – usually without asking a single question. Remember – no oversight, just policy.

This utterly disconnected Board has demanded no accountability from the current administration, or the previous administration for that matter. It has squandered taxpayer money on the Health and Fitness Center while the Morris Lawrence Building literally rots. The Trustees have permitted the administration to hire ten Vice Presidents, while also allowing it to lay off employees and cut programs. It has authorized the sale of bonds to pay for the “Advanced Transportation Center” while allowing the administration to neglect the other facilities on campus.

A year ago, the Board signed off on a $26M no-bid contract for IT services that resulted in the loss of 31 local jobs.

It is time to take care of WCC

The Trustees use the General Fund to guarantee debt repayment, even though the taxpayers authorized that money for College operations – not debt. The Administration has borrowed so heavily against the General Fund that it has created a structural deficit, meaning that the College is spending beyond its means, even in a good economy.

Now that the economy has turned suddenly and horribly sour, the College does not have the resources to both pay its operating expenses and manage its debts. WCC is a community resource, and it is time for the community to demand accountability for our investment. It is time to choose Board members who are willing to do the hard work of providing genuine oversight.