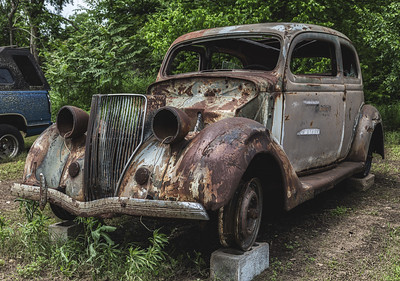 Call deferred maintenance what it is: neglect

There is no good reason for this $20M neglect problem to exist at WCC. Washtenaw County voters are very generous in their support of the College. WCC gets the money every year to take care of its buildings; the administration chronically neglects building maintenance in favor of other spending.

Let’s take a look at these to see the expense the College has committed its taxpayers to.

Neglect also decreases the life of the system. As you “save” money by not performing maintenance on critical systems, the life expectancy of the neglected system decreases. If you initially thought your HVAC system was going to last for 20 years, you might be replacing it after 8 or 10 years.

This approach also sets up unavoidable and expensive emergency maintenance conditions – like the chiller failure that occurred during UA Week this year. When you neglect a critical system to the point of complete failure, you forfeit any opportunity to control the cost and timing of the repair. You are entirely beholden to the market. You must accept whatever solution is immediately available at whatever cost the seller names.

Inflation also increases costs. Currently, the inflation rate is about 1.8% per year, but inflation can change rapidly. In addition to increasing the cost of materials, inflation can also increase the cost of wages and other services associated with maintenance projects. As systems age, locating suitable replacement parts becomes increasingly more difficult and expensive. Certain material costs – like cement and steel – can rise much faster than the rate of inflation. By delaying maintenance, you commit the institution to paying the highest possible cost for systems, materials and wages when maintenance eventually gets done.

Energy consumption comprises a significant portion of a building’s operational expenses. The efficiency of unmaintained systems deteriorates rapidly. This increases operating costs and ensures that WCC cannot take advantage of the efficiencies a system in ideal condition might be capable of.

The cost of neglect goes on and on

Neglected systems are at best unreliable, and at worst, dangerous. For example, the brick facing on the Morris Lawrence Building is falling off. The cement is also heaving around the main entrance. This is the building the College rents to outside groups for events. What does it say to these groups when they have to dodge falling masonry and avoid tripping over heaving cement? Worse, what if someone gets hit by the falling bricks? The bill for neglect can rise quickly!

Neglected systems can trigger problems in other places. For example, leaking windows, roofs and pipes can cause water damage in previously unaffected spaces. Water damage is especially insidious. It can remain hidden for long periods of time, which can allow mold and mildew to form. Water damage can also buckle floors or destabilize entire structures. It can ruin fixtures, furnishings and equipment almost instantly.

Neglect can render buildings uninhabitable. Failure to perform necessary maintenance over time can cause buildings to lapse into an unusable condition. Serious building code violations can result in the forced closure of a building until repairs are complete. Can WCC afford to shut a building down for weeks or months?

The powerhouse at WCC used to be notoriously unreliable. It resulted in campus closures sometimes multiple times per semester. Neglect can cause the closure of the campus. WCC offers hundreds of classes to thousands of students every day. Unanticipated closures can wreak havoc.

Fortunately, the taxpayer generously foots the bill for WCC’s policy of neglecting its facilities. In return, the College administration commits the taxpayer to paying the highest possible cost for remediating neglected buildings and systems.

The effect of neglect multiplies

WCC wants to do some construction around campus – in part to repair its longstanding neglect of its facilities. The State of Michigan will help WCC pay for building construction, but it won’t pay to remediate neglect. If WCC wants to take on construction and remodeling projects, it will have to pony up the money to address the neglect, in addition to matching the construction the state will pay for.

Here’s the kicker. WCC will seek bond proposals to cover the cost of remodeling the SC Building in 2022. The bond proposal will pay for WCC’s portion of construction plus the neglect that has accumulated over the years.

WCC now wants the taxpayers to pay twice for their deliberate neglect. We provided them with debt-free operating dollars to maintain the buildings, which they squandered on other things. Now they’re asking us to take on two decades of debt to perform the maintenance they should have been performing all along.