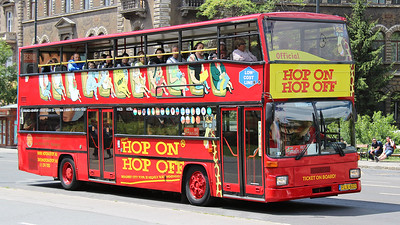 At the May 19, 2020 Board of Trustees meeting, Board Chair Christina Fleming began with a tribute to Samuel Harmon, the first Chairman of the WCC Board of Trustees. Fleming attempted to describe Board policy leadership this way:


“Very early on, he defined the role for trustees was to establish policies and hand them off to the executive branch to carry through with them. Which is something that’s continued for all the years the College has been in existence.”

Except, of course, that’s not really how Board policy works at WCC. A review of the last six years of Board meeting notes show that policies consistently flow up to the Board from the Administration. The majority of policies that the Board has authorized in that time have been extensions, corrections or amendments to existing policies.

Outside of a policy setting the current format for Board of Trustees meeting, I have yet to find an example of a meaningful “board policy” that one or more Board members initiated organically. Typically, the administration writes policies and then moves them up to the Board for adoption. This is oh-so-convenient for the administration, and incredibly easy for the Board of Trustees. But allowing the Administration to “borrow the Board’s pen” doesn’t serve the needs of the community.

WCC Board is not a policy-making body

In May 2014, Trustee Dianna McKnight-Morton described the Board of Trustees as “an advisory board and a policy board.” She offered this description to explain why the Board would listen to – but not act upon – the faculty’s concerns about the College president they had hired. Despite McKnight-Morton’s characterization of the Board’s role, the WCC Board of Trustees is not a policy-making body. I’m not sure it was a policy-making body in 2014. Or 2004, for that matter. At some point, the Board abdicated that responsibility, along with the responsibilities the Washtenaw County taxpayers gave them.

In 2020, the WCC Board of Trustees has devolved to a body that meets periodically as required by law, authorizes expenditures, and perfunctorily accepts perfunctory reports from the administration without asking any questions. This approach to “governance” does not serve the people who elected these Trustees to serve the community.

Samuel Harmon, whose passing Christina Fleming recognized last month, served on WCC’s Board of Trustees for less than two years. Had he adopted the perfectly ridiculous, self-limiting position that the Board of Trustees is largely advisory in nature, would WCC have an open-door policy? Would WCC have technical education programs? Would WCC invest the money to build buildings and infrastructure to support these specific – yet incredibly expensive – programs?

Trustees who lead from behind deny the public the representation that our voluntary taxation entitles us to. We cannot have a Board made up entirely of passengers and sightseers who are merely along for the ride.

“As a result of my conversations with people throughout the county, I am thoroughly convinced that our policies, especially the emphasis on technical-vocational training and the open-door admission practice, are what the people who created this college want.

Sadly, that’s something that is utterly lost on WCC’s current trustees.

Published in Board of Trustees, Christina Fleming, Dianna McKnight-Morton and WCC Budget