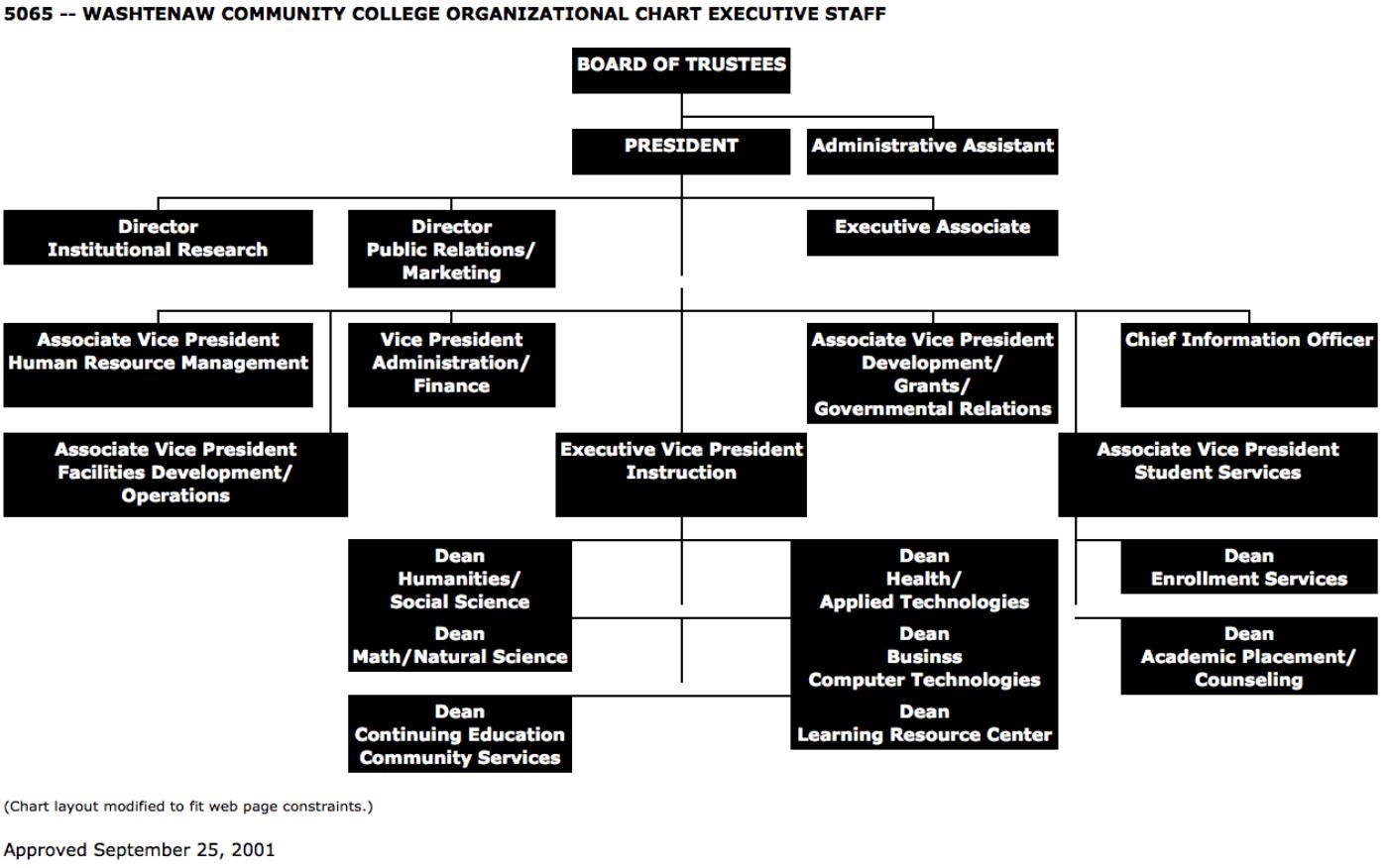 For some reason, the WCC Board of Trustees enshrined a copy of WCC’s Organization Chart in the Board Policy Manual in 2001. Like most Board policies, no one has touched this entry in years. One could argue that the Board intended to retain this organization for WCC. After all, the formal name of the document is 5065 – Washtenaw Community Organizational Chart Executive Staff Policy. Why place the organization chart in the policy manual, except to define the structure of the Executive Staff?

Looking at the 2001 version of the org chart, the Executive Staff Policy called for the Board of Trustees and a president with one administrative assistant. Additionally, the policy called for two directors – one of Institutional Research and one of Public Relations and Marketing. It also shows an Executive Associate (?) and a Chief Information Officer.

You could argue that having five vice presidents was excessive in 2001. Based on its size, WCC should probably have somewhere between two and five Vice Presidents.

WCC’s current organizational structure no longer resembles the one laid out in this “policy.” But it raises an interesting point. Given this administration’s penchant for unrestrained administrative hiring, maybe the Board should exercise more rigid control over the College’s administrative structure.

WCC’s structural deficit and its declining revenues should also prompt the Board to critically examine the WCC’s seemingly bottomless need for more administrators.

Photo Credit: WCC Board of Trustees

Published in Administrative growth, Board of Trustees, News, WCC Budget and WCC Watch