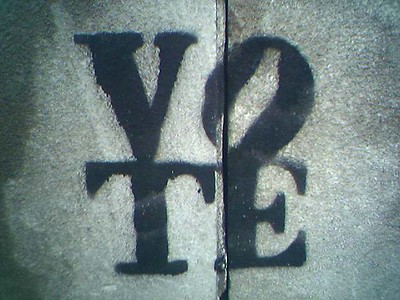 Why the voters should have a say in WCC construction projects

One of the central issues of this millage for me is the way Trustees fund WCC construction. According to WCC’s CFO Bill Johnson, the College needs to finance as much as $32M in construction over the next four years. Construction financing is kind of a big deal, because a college building will be around for awhile. The average campus building has a life expectancy of about 60 years. Not only will the taxpayers pay the initial cost of construction, but they will also pay for 60 years’ worth of operating costs. Over time, those add up. The taxpayers, and no one else, should decide whether to authorize WCC construction projects.

Getting voters to support a good building project isn’t hard, especially in Washtenaw County. Voters here are not exactly known for turning ballot proposals down. Tax-backed bonds provide a separate, guaranteed revenue stream to pay for construction projects. WCC gets lower interest rates, and doesn’t have to divert General Fund revenues to debt payments. There’s no pressure to raise student tuition. Everyone benefits.

Skipping the voters means one of two things. Either WCC doesn’t want to do the work to get community support, or the Administrators already know the voters’ answer. Building a building without voter support should be well above any Trustee’s pay grade. Any Trustee who approves alternate construction financing is simply not acting in the best interests of the taxpayer.

Revenue-backed debt for WCC construction has its limits

Selling revenue-backed bonds to finance construction works almost entirely to the taxpayers’ disadvantage. First, the interest rates are higher, so the Trustees commit the taxpayers to paying more for construction.

Second, higher interest rates mean higher risk for the investors and the taxpayers. If WCC defaulted on revenue-backed bonds, the results would be spectacularly bad (and expensive) for the taxpayers. This is where the Trustees should be looking out for us, but they aren’t.

Third, the College can only issue so much revenue-backed debt without clearly impacting its operations. To pay these debts, the College would need more revenue than the county taxes provide. Tax revenues and the state appropriation can either go up or down in any given year. The only revenue stream WCC can absolutely control is tuition and fees. Revenue-backed bond issues all but guarantee higher tuition rates and fees for the students. Raising tuition can force students to pay more, borrow more, enroll in fewer credit hours, extend their graduation dates or avoid school altogether. In any case, the students will pay more. And those who cannot afford WCC perhaps pay the highest price of all.

When tuition and fees don’t produce enough revenue to stay ahead of debt, then WCC pursues highly speculative revenue schemes. A hotel and convention center would fall into this category. Every non-education focused side hustle (like the Health and Fitness Center) comes with guaranteed bills but no guaranteed return. These are the worst kind of expenses that the Trustees could commit the taxpayers to. This takes money that the taxpayers provided for education, and uses it for something else. This is gambling – plain and simple. The Trustees effectively allow the Administration to take the house payment to the casino.

Saying “no” is hard

The bottom line is that WCC gets more money than most community colleges in the state. No matter how you look at it, Washtenaw Community College does not have a revenue problem. It has a spending problem. And the people we’ve entrusted our college to can’t seem to say “No.”

Ask yourself: who would take money authorized for education and redirect it to unrelated priorities – and why?

Preventing this from happening is why decisions about building and borrowing belong exclusively to the voters.

Published in Board of Trustees, Health and Fitness Center, Millage and WCC Budget