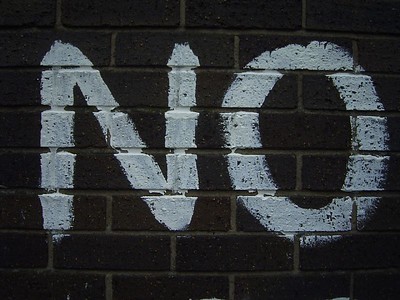 When a Community College Loses a Millage

Bay College (also known as Bay de Noc Community College) in Escanaba is the latest Michigan community college to lose a millage. In June, Bay College trustees authorizes a ballot proposal to assess a new 20-year millage of 0.9924 mills. In November, the voters of Delta County voted down the increase by a wide margin – nearly 3:1.

By virtue of the Headlee Amendment, local units (including community colleges) lose a small portion of their authorized assessment every year. Headlee prevents a millage from generating more than the voters authorized. If local property values increase faster than the rate of inflation, the taxing authority (the county) must reduce the millage amount. This ensures that the gross revenue stays the same from year to year (allowing for inflation).

Bay College hasn’t asked its voters for money in a very long time – specifically 50 years. Bay College estimates that it loses about $250,000 in funding every year to the Headlee Amendment. As time goes on, that number increases because the operating millage authorization occurred so long ago. $250,000 doesn’t sound like a lot, but the failed millage would have produced just more than $1M had the voters approved it. The failure doesn’t leave Bay College without money. It still has its existing millage, but it means that it will have to do more with less. Laura Coleman, president of Bay College, attributed the loss to “millage fatigue.” Bay College has not yet indicated whether it will again seek voter approval for funding. Typically, a resounding loss at the polls curbs a community college’s desire to risk additional losses.

In 2012, Grand Rapids Community College lost a special election that sought a $98.6M bond to build new buildings, rehabilitate existing ones and improve the school’s technology infrastructure. The bond issue would have resulted in a 0.38-mill millage to repay the bond issues. At the time, the bond request was approximately equal to GRCC’s annual budget. The voters rejected the measure 4:3. Then-president Steven Ender suggested that voters declined the measure as a result of “millage fatigue.” The Kent County Taxpayers Alliance, which opposed the measure, felt differently. They believed voters rejected the measure because GRCC deliberately ignored its maintenance issues.

“Millage fatigue” is a popular explanation for a loss when community colleges fail to earn voter approval for money requests. In reality, rejections are complicated, and often have more to do with taxpayers’ perceptions of their local community college.

Washtenaw Community College is seeking a renewal of a 1.0-mill assessment on March 10, 2020. At the same time, the College is signing multi-million dollar no-bid contracts, hiring administrators, and talking about building a hotel. For its part, WCC should not take the support of Washtenaw County’s voters for granted.

Published in Millage and News