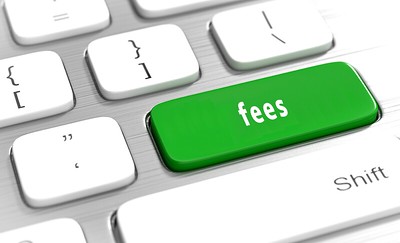 What you should know about community college fees

3:32:54 David DeVarti – And is it proposed that it’s – the payments are total – the annual payments are totally funded by this new facilities fee and not by a debt issuance that the voters could vote on and give us a millage to support?

3:33:08 Bill Johnson: Correct. That’s what this model is assuming, and one of the main reasons for that – and it’s in the next presentation – when we compared our per-credit-hour fee that we charged at WCC compared to all other 27 schools we have the second-lowest fee and on average, it’s $30 per credit hour across the entire state. We’re currently at $10 per credit hour, so we are significantly lower, and about half of the community colleges have a specific facilities use fee on top of a technology fee, on top of enrollment fee. So we – that we felt – structurally that we certainly could support it.

The State of Michigan collects all kinds of data from all community colleges. So, I looked at community college tuition and fee schedules, using the State’s data. (You can also look at an Excel file of this data here.)

The average per credit hour fee for Michigan community colleges

The actual average per-credit hour fee for Michigan community colleges is $24.68. The data on community college fees are readily available. Inflating the “average fee” by 21.5% for illustration purposes seems somewhat sketchy. The average is what it is. WCC’s per-credit-hour fee is still lower than average, so why not just provide accurate information to the Trustees and the public?

Using one name or another, 12 of Michigan’s community colleges charge a “facilities fee.” That’s not half; that’s 43%. They are:

Lansing CC is a notable exception – but not for a good reason. LCC borrowed nearly $36M in 2017 to make capital improvements, and refinance existing debt. This is revenue-backed debt – the same kind of debt WCC proposes to take on. LCC’s “facilities fee” – which will fund the repayment – is $15.75 per credit hour. (Yes, LCC is soaking its full-time students nearly $475 per year to pay these ridiculous debts.)

LCC’s newly refinanced debt was already refinanced at least once before. According to the preliminary repayment schedule, LCC will be making debt service payments of as much as $4.5M in some years. The refi repayment consists of four years of interest-only payments, with the principal sum ($26M) and more interest being repaid in 2022.

Refinancing loans that have already been refinanced before, making interest-only payments, pushing out the largest bond payments 6-15 years down the road, basing loans on unpredictable revenue sources. If we were talking about your brother-in-law here, would any of these actions seem wise?

Aside from pointing out that bad borrowing and repayment decisions will cost community college students a lot, I digress.

The bottom line on student fees

The truth is always important, but when push comes down to shove, none of those things really matter. We’re not keeping up with the Joneses. The WCC administration should not use other colleges’ fee structures to justify raising fees here. What matters is that WCC is not demonstrating responsible stewardship of the taxpayers’ dollars. The College will make students cough up hundreds of dollars per year to hide its debts from the taxpayers.

Ultimately, the taxpayers have been extraordinarily generous with WCC. We’ve given the College an awful lot of money – more than most community colleges could ever hope to get from their communities. Yet the students are being turned upside down for their lunch money, the buildings are falling down, and the College administration seems increasingly desperate for cash.

As taxpayers, we should be asking ourselves, “Are we getting what we’re paying for from WCC?”