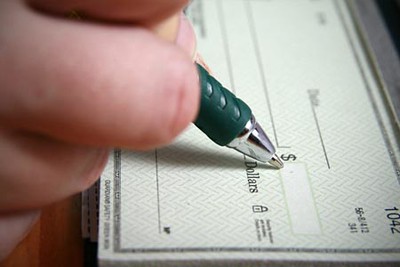 WCC loves the taxes, but not the taxpayers

Local taxpayers provide about half of Washtenaw Community College’s annual operating funds. It may seem like Washtenaw County is well off, but many county residents would disagree.

The Great Recession ended 10 years ago, but Washtenaw County is only now recovering. The chart below shows the property taxes levied for the College from 2007 through 2018. You can clearly see the recession’s impact on WCC’s income.

In 2007 – the year the Great Recession began – the College levied a record $55M in property taxes. After the crash, tax collections began dropping almost immediately, but the WCC taxes did not bottom out until 2013. That year, the College received 15.5% less in taxes than it did in 2007.

In fact, WCC taxes exceeded its 2007 assessment for the first time in 2018. In other words, three bad years (2007-2009) affected Washtenaw County property owners – and WCC’s budget – for almost a decade.

Recessions have a lasting effect on WCC taxes

This is the long-tail effect of Proposal A, which applies an annual cap on property tax increases. The cap holds a property’s taxable value (TV) artificially low as its State Equalized Value (SEV) continues to rise. As long as the SEV remains higher than the TV, a parcel’s property taxes will increase, even during a recession.

This adds a real burden to property owners, who may also be dealing with falling property values, wage and income losses, investment losses and the many other unpleasant realities of recessionary living. Because taxes in Michigan don’t always fall immediately when property values do, homeowners can struggle to pay their taxes for years following a recession.

The WCC administration compounds the long-lasting effects of a recession when it does not control its spending accordingly. For example, in 2006 – as the financial markets wobbled – the WCC administration saddled the county’s taxpayers with bonds for the Health and Fitness Center. The original bonds issued to pay for the building had 4.25%-4.5% interest rates, and extended through 2027.

The Trustees consigned the taxpayers to a 20-year payment treadmill during the worst economic downturn since the Great Depression. At the time, the Trustees said the building would pay for itself. In 2019, it is abundantly clear that this isn’t happening.

In the twelve years it has taken for WCC taxes to recover from the 2007 crash, the Trustees’ “investment” in the HFC has not “paid for itself.” Instead of using operating funds to pay for educational programs, curriculum enhancements, and keeping student tuition low, the College has to divert money to cover the HFC’s exorbitant bills. The HFC will generate extensive maintenance costs as long as operates, and millions of dollars in bond payments until 2027.

The taxpayers borrowed millions to lose even more money.

In 2015, WCC refinanced the bonds it used to pay for the HFC. While it lowered the interest rate from 4.25%-4.5% to 4%, the taxpayers will still be paying for the building until 2027. The refinancing requires higher bond payments in most of the remaining years, largely to defuse the original final bond payment, a $2.5M 4.5% bomb that would likely have decimated the budget.

WCC trustees are supposed to be looking out for the taxpayers

It would be easy to lay the blame for this negligence at the feet of previous trustees and move on. Except that two of the trustees who stuck the taxpayers with this deal, Richard Landau and Diana McKnight-Morton, are still sitting on the Board of Trustees.

And they’re poised to set Washtenaw County property owners on very similar hamster wheel for the next 2-3 decades by approving the construction of a hotel and convention center (alternately called a mixed-use development and even a retail space) described in the new master plan.

You could also say that in 2006, the Trustees could not have known that the economy was going to crash in 2007. That’s probably a fair statement, but we rely on the trustees to make the best possible decisions in all circumstances. We elect them to examine all of the “what-ifs” and reject projects that pose too much risk. They are supposed to be the voice of the taxpayer, but they function as little more than a rubber stamp for the College administration’s ill-advised spending sprees.

The trustees allowed the administration to waste some of WCC’s limited buildable land for a non-academic building. (Will the College have enough land to meet its future academic needs?) They also consigned the taxpayers to a 20-year mortgage on a 10-year-old building that’s falling apart. None of these actions are even defensible!

The residents of Washtenaw County have always been generous in their support of WCC, but the College administration makes it very hard for voters to support its spending habits. We need to hold the trustees accountable for their failure to look out for the people who pay WCC taxes.

Published in Board of Trustees, Health and Fitness Center, News and WCC Budget