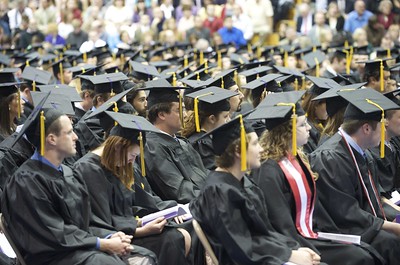 Last month, I wrote about WCC’s “success rate” data as collected and reported by Michigan’s Center for Educational Performance and Information. The data show that Black men have the lowest graduation rate among all WCC students.

Because most community college students enroll part-time, it often takes them several additional years to complete a degree. But the data show some interesting patterns. For example, CEPI currently reports 6-year graduation data for 6 cohorts. A cohort consists of all students who enrolled for the first time in a particular academic year. The 6 available cohorts are 2009-10, 2010-11, 2011-12, 2012-13, 2013-14 and 2014-15.

WCC must report all this data to the State of Michigan, so it is well aware of its success rate among Black males. The question is, “Who’s doing something about it?”

In 2009, Prince George’s Community College in Largo, MD noticed that it had the same problem. Black males registered for classes in large numbers, but their graduation rate was an abysmal 30%. Brian Hamlin, an administrator there, developed the Diverse Male Student Initiative (DMSI). Hamlin aimed the program at retaining and graduating more Black male students and supporting their four-year education goals.

Since its inception, the program has retained and graduated more than 2,000 Black males. The DMSI’s most recent cohort consisted of 14 students. The DMSI not only ushered the students to graduation, but also located more than $250,000 in scholarship funds to help them continue their educations at four-year institutions. The program aims to provide solid support for students, including academic assistance, mental and emotional help and financial aid. Mentorship is a big part of the program.

When the success data identified a problem, one institution did something about it. The other is still collecting data. Collecting “success” data is a worthless endeavor if the institution collecting it takes no action. The data show that two out of three Black men who enroll in WCC for the first time in any given academic year will not graduate. Among all male students, the 6-year graduation rate has increased, and now exceeds 50%.