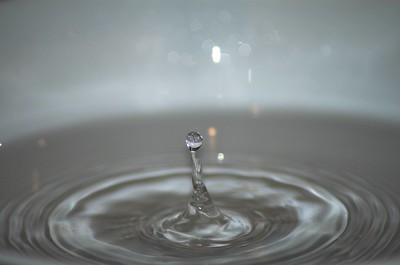 The Health and Fitness Center in the Post-COVID-19 Future

Last week, Governor Gretchen Whitmer extended the closure of the state’s gyms to June 12. The nearly 3-month closure order is part of the state’s response to slowing the spread of COVID-19. These executive orders, which the governor has extended several times, have been particularly hard on small and independent gyms. The closure order applies to WCC’s Health and Fitness Center, which has been idle since March 16.

Normally, the revenue from HFC operations would offset the building’s debt payments and its massive operational costs. Due to the closure order, the HFC isn’t generating any revenue. On April 1, the College made another bond payment on the HFC – this one for $910,000. That $910,000 came from the General Fund, because WCC didn’t put the HFC in front of the voters as a bond issue.
Next year’s bond payment on the HFC will be $945,000. The steady drip from the General Fund will continue through 2027. Beginning in 2023 and continuing through 2027, that drip will siphon off more than $1M per year from WCC’s operating dollars.

WCC’s whole plan to pay for these millions in debt and repairs depends on subscribers. A lot of subscribers. The building was designed to accommodate 6,000 of them. In September 2019, WCC’s VP of Finance, Bill Johnson, reported that the HFC had more than 7,000 subscribers and was looking for even more. At that time, the facility was also maxed out on usage. And that was good because according to Johnson:


“I think I mentioned in the Strategic Value Presentation that we had growth in the Health and Fitness Center. That’s strong, and that’s really important that it stay strong because we need to return all of that margin we get from the Fitness Center to help support the debt service, which is about $1.1 million a year, and the deferred maintenance. ”

That was true when Johnson said it on September 24, 2019 and it is true today. Except that today, the HFC is shuttered. It is not generating any revenue. But the debt is still there. The neglected maintenance is still there. And the unforeseen costs of leaving the building empty for three months is now there.

And those costs will rise every year until 2027.

Really hard to do.

According to statistics from the fitness industry, many club operators are expecting to lose 30% or more of their subscribers following COVID-19. Some loss will occur because people cannot afford ongoing membership costs. Other users will drop because they’re afraid to return to the gym.

HFC members may not want to wear masks during workouts, use communal showers, do temperature checks, or spend time in the hot tubs that WCC spent more than $400,000 this fiscal year alone to repair.

The anticipated restrictions on gyms and health clubs will not lend themselves to operating the facility at capacity, much less running it in overdrive.

So the money that will pay the HFC’s bills will not come from operations as the Administration has promised. It will come from dollars diverted from the General Fund. That’s the money the voters gave to WCC for education – not for taking a crapshoot on a speculative “investment.”

Muskegon Community College learned after only five years that it could not break even (much less make a profit) by running a Health and Fitness Center. MCC’s grand investment plan was undone by the enormous, unrelenting maintenance costs of the building.

Unfortunately, that is exactly the lesson that WCC refuses to learn.